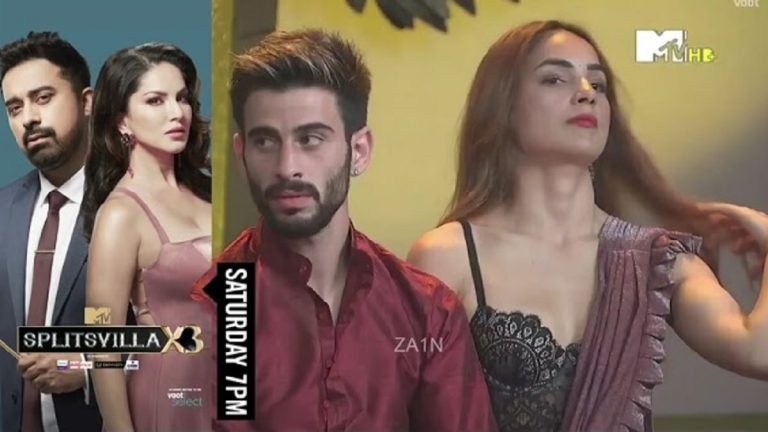 Splitsvilla 13 Episode 13 is live. The previous episode was so much fun but the ending had everyone in shock. The Silver connection challenge was performed by guys named “Khoob Ya Doob” in which Trevon and Vyomesh won. Day by day, the show is getting more interesting and drawing everyone’s attention towards it. The viewers really wait for the next episode every weekend.

The previous episode ended with a surprise dome session happening on the same day. It had everyone in shock and nobody was prepared for it. It also came in controversies that Vyomesh and Arushi had a conversation of changing their partners for the future. Their bond is not that strong so they think to change their connections to win the challenges.

It’s the day of another dome session and also another ideal match. This time the couple who will stand in front of oracle are Vyomesh and Arushi. Will they be the third ideal match or not? Who is going to be dumped in the middle of their journey? So many twist in today’s episode. It is going to be so much excited for the viewers with a lot of twist and turns.

The dome session of Splitsvilla 13 episode 13 started with Ranvijay playing the song Bole Chudiyah for the contestants where they all danced to cool down the atmosphere. Vyomesh and Trevon won the last challenge so they get the opportunity to save one girl each from dumping. Vyomesh chose Arushi and Trevon chose Samruddhi. In between, Vyomesh asked out Aditi which made Jay upset and they had a fight in the moment of heat.

In Splitsvilla 13 episode 13, all the Golden Villa people chose total of four girls for dumping when Ranvijay announced that it is going to be only girl’s elimination. Palak, Avavtika, Aditi and Riya were in the elimination zone. As Vyomesh and Arushi were about to go in front of oracle, they chose Palak to get dumped. If they will be an ideal match then Palak will be dumped. But eventually they were not a ideal match according to the oracle.

Now, it’s time for voting. As most of the people voted Riya to get eliminated. Riya got dump on Splitsvilla 13 episode 13 today by majority of votes. Although the dome session was so shocking and unexpected, the dump was even more so. Riya got dumped which made her go to the wild villa. It was so shocking for everyone. Specially for Shivam as he lost his connection. The episode ended with a lot of heartbreaks and disappointments.