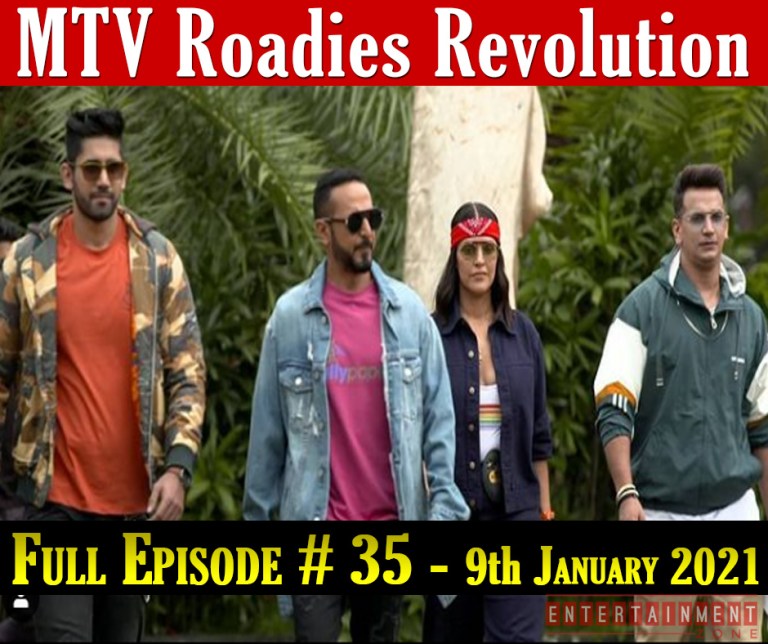 The previous episode of MTV Roadies Revolution had an incredible amount of intense drama, where Abhimanyu is voted out to save Zabi. While with Abhimanyu, Zabi shifts his role to keep him in the show. Witnessing the upcoming episodes will be very interesting.

Wake up the Roadies and get a call from Rannvijay. He asks the Roadies to get ready and meet him at the mission venue for the Semi-finale. The contestants are boosted up and go to the position of the mission. A cage, circles, tiny cages, colors, marks, etc. were part of the mission. It was very entertaining.

Rannvijay says there are 7 contestants right now, but there are just three FINALE places out there. But Hamid is already a finalist, so the calculation goes as though only two of the six contestants are going to make it to the finals. But the Roadies are nothing without surprises. So Rannvijay is taking in two ex-Roadies who will be part of the semi-final assignment. And Aarushi Chawla and Aman Poddar are none other than them.

The name of the assignment is ‘Oppo Fighting Stars’. We will get to know the significance of the stars in this role, which were won by the Gang leaders through different tasks during the show. The two Roadies who will receive 5 Stars will go to the FINALE during the show. Each contestant will go against one of their preferred roadies.

Gang leaders who have more stars will first select their rivals. So from the Nikhil gang, after taking the advice of his gang chief, Micheal selects Aman. Varun Jayant chooses Abhimanyu from the team, Aakash chooses Vipin from the Prince team, and Neha’s team is left with Poonam and her rival, Arushi.