MTV India: “Universe of the Youth” -Evolution from 1996 to now 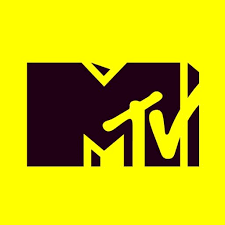 MTV India is a beloved Indian television channel which brings its audience music, reality, and youth culture programs and shows. It calls itself a dynamic and a vibrant blend of music and pop culture. It is famous among the youth of the country and produces relatable content. MTV has relevant shows like Roadies, Splitsvilla, Love School, MTV Unplugged, MTV Rock the Vote, Troll Police, The Anti-Social Network and many more which appeals to its younger demographic.

MTV India was launched in the year 1996 after the MTV originally an American cable channel saw immense success in the US. The Indian version of MTV is owned by the company Viacom 18 Media Pvt. Limited. This channel was a joint venture between the American diversified multinational mass media conglomerate ViacomCBS and Reliance Industries’ TV18.

The channel MTV was launched in the US in August of 1981 and it originally stood for Music Television, it was famous for airing music videos and all the programmes were hosted by VJs or Video Jockeys. The VJs were usually famous personalities hosting various shows and programming targeted at youths and young adults.

MTV eventually spawned various sister channels through collaborations and joint ventures that is how MTV India came into being. The 90’s was an exciting time in India due to the policy of liberalization the market had open up to various ventures and MTV India was launched in 1996 as a result. 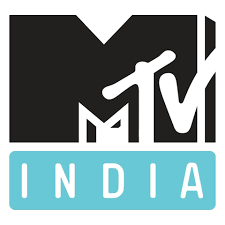 MTV India began its journey in 1996 but the fit was not right for the Indian youth demographic hence the channel had to completely renovate itself to become more “Desi” and the content was revamped to become more relevant to the audience.

So, in 1997 changes were brought about to look and feel of the channel, the tagline ‘MTV Enjoy’ came into being. Like the its international counterpart this channel also tried to produce content relatable to the youth with playlist featuring new songs that the young generation was into. After the desi revamping the playlist was majorly Indian music but with a little international representation as well. They also incorporated familiar Indian faces to host to welcome more viewers.

After its initial success with their music and playlist the channel tried expanding into reality TV series and various shows. The supremely famous show Roadies began in 2003 and it was well received with its fair share of controversies. It is one of India’s longest running shows and has garnered a lot of success. The first season was hosted by Cyrus Sahukar and the winner was none other than Rannvijay Singh who later became a VJ in MTV itself and went on to host Roadies. 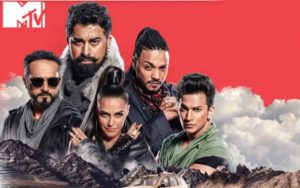 In 2003 itself the channel was trying to expand from only just a music channel to a more wholesome and inclusive place. It started hosting awards shows not only music awards but various other things to increase viewership. In 2004 they broadcasted their first show Kitni Mast Hai Zindagi produced by none other than Ekta Kapoor. The show was aimed at a demographic of 15-25 years old. Though there were numerous other competitive channels producing shows MTV was trying to pioneer a show for the youth which they found relatable. Eventually they show lost its essence and the channel was losing its viewership. It was getting too expensive to air the show when the turn over was not profitable.

Hence MTV India once again tried to rebrand from their initial position of Desi to ‘unpredictably cool’. They wanted to create a universe for the youth. A one place stop which could provide them with their daily dose of entertainment. They knew they had more potential than just being a music channel. The demand of the youth was not just music but romance, style, games, gadgets, celebrities, sports and a lot more.

MTV India to keep up with their consumer needs started rebranding and improving on their graphics often. They shifted from ‘MTV Enjoy’ to ‘My MTV’. They were slowly transitioning out of the aura of only a music channel and they stared pumping non-music programming to their audience which was well received. 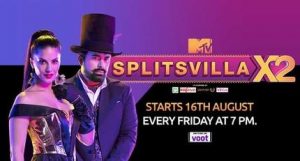 By 2008 they had a number of new shows such as Fabulous Lives, Loveline Reloaded, Discover n Download, Fantastic 5, GTalk, MTV Dance Crew and Star Scraps. The channel had finally cracked the code of providing their audience what they want, the content was tailor made for the Indian youth demographic from all over the country. With this approach their approval ratings went much higher and they were able to bring in viewers from all over as there was something for everyone.

MTV’s revenue and yield has gone up significantly after this move. MTV has been a lot of the current actors and celebrities’ big breaks. The concept of Video Jockey was welcomed. With their current VJs being people like Anusha Dandekar, Rannvijay Singh, Divya Agarwal, Varun Sood and many more. A lot of big names in Bollywood got their start on MTV as VJs or contestants such as Ayushmann Khurrana, Cyrus Sahukar, Cyrus Broacha, the sisters Amrita Arora, Malaika Arora and even Rhea Chakraborty.

In 2014 they launched Pepsi MTV Indies, an indie music in partnership with Pepsi Co and in 2016 MTV Indies was replaced by MTV Beats, a 24-hour music-only channel as the main MTV India shifted its focus from music programming to broadcasting reality series. In 2020 the channel currently airs mega popular shows such as MTV Roadies, MTV Splitsvilla, MTV Unplugged and many more shows like MTV Nishedh, MTV Love School, MTV Ace of Space, etc. 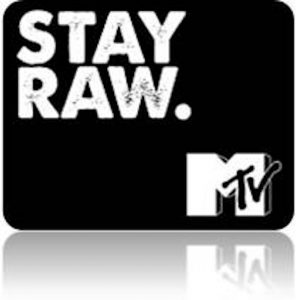 MTV has been an integral part of the current generation growing up. It pioneered a channel which aired the shows, programmes and music that was demanded by the youth that’s what sets them apart from others. They shaped their channel on the basis of consumer needs and they constantly reinvent themselves to stay relevant.