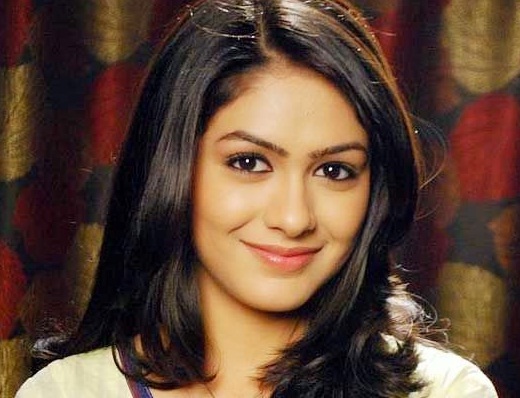 Mrunal Thakur is a Television actress by profession who was appear in daily soap as well as into the movies. She was born on 1 Aug, 19992 in her hometown Nagpur, Maharashtra.

She belongs from a Marathi Family and thus called a Marathi Mugli. She has one elder sister who is a makeup artist and one younger Brother. She has done her schooling from Nagpur only and then she moved to Mumbai for pursuing higher studies where she has done graduation in Mass Media and also posses B-Tech from Kishinchand chellaram Public College.

Her Parents Father Udaysing B Thakur was Assistant Manager at Union Bank of India and Mother is a Housewife. The actress is a fun loving person in real life. Her nickname is Goli. She loves reading books and Photography.

Mrunal was always interested in acting for that she started getting acting offers as she completed her studies. In 2012, she has started her career in the TV serial Mujhe Kuch Kehti Hai Ye Khamoshiyan. After that she did a comedy stage comedy with Barun Sobti in Dubai in 2013. She has also participated in the Sports Reality Entertainment Show “Box Cricket League” on Colors Tv from the period of 2014 to 2016.

She also Participated in Dance Reality Show “Nach Baliye 7”. She was rumored to be dating writer Sharad Chandra Tripathi where their chemistry and sparked between the two was the talking point of the show but now reportedly they have parted their ways. She gets famous when she played the role of Bulbul in the famous Zee Tv superhit serial Kumkum Bhagya.

She made her film debut with the Marathi film Vitti Dandu. Then she did the other films such as Hello Nandan, Surajya and Rangkarm.

The Kumkum fame actress make her universal debut with an American Indo movie Love Sonia which was produced by David Womark. She played the leading role in the movie which was based on human trafficking. She played the role of a village girl who was struck in a sex trade. It was found that the young actress resided nearby a bordello in Kolkata with the intention for examining the body languages of those prostitutes for the movie.

After watching her role in Love Sonia Aamir Khan was amazed by her Performance and get to know about her talent. He also offered him his Movie Thugs Of Hindostan but she rejected the offer. According to her she don’t wanted to sign a three-movie agreement with Yash Raj Films, as it would have influenced her international career.

She made her Bollywood Debut in 2019 with Hrithik Roshan in Vikas Bahl biographical movie Super 30. Then she was also seen in action thriller Batla House in the same year.