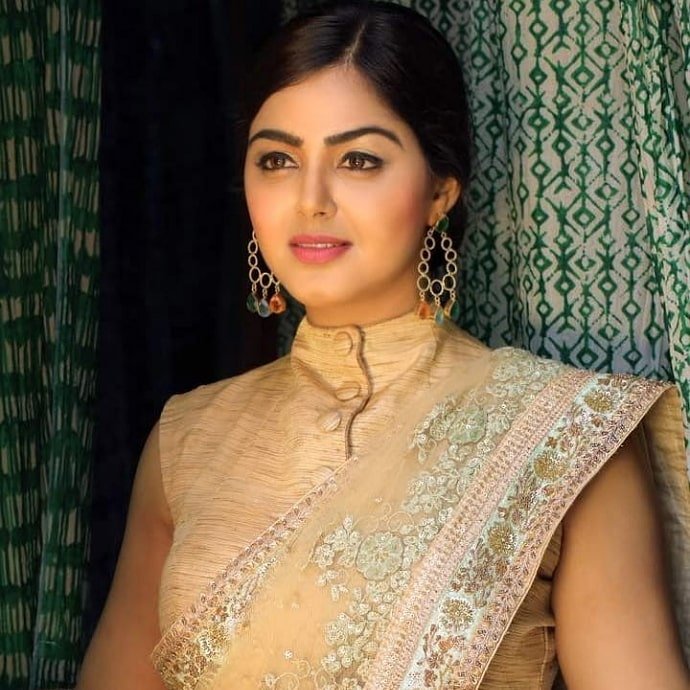 Monal Gajjar, who has appeared in Gujarati, Telugu, Hindi, and Marathi films, is an Indian Actress. She took part in the monogamous TV reality show ‘Bigg Boss Telugu 4’ in 2020.

Monal Gajjar was born in Ahmedabad on Monday, 13 May 1991 (29 years of age, as of 2020). Taurus is her zodiac sign. She studied at Shree Saraswati Mandir High School in Gujarat and graduated from Gujarat University with a degree in Commerce.

She took birth in a Gujarati family in Ahmedabad. Her father has passed away, and she is living with her mother. Her mother’s name is Gita Gajjar, and Hemali Gajjar is the name of her younger sister.

She entered ING Vysya Bank in Ahmedabad after she completed her graduation. She took part in the ‘Mirchi Queen Bee,’ a beauty pageant contest by Radio Mirchi in 2011, and she won the contest.

One of her Yoga teachers advised her to participate. She later won the title of Miss Gujarat and proceeded to participate in Femina Miss India, in which she was chosen from among the finalists.

In 2020, along with Noel Sean, Gangavva, and Lasya Manjunath, she took part in the famous TV reality show,’ Bigg Boss Telugu 4,’ hosted by the renowned Indian star, Nagarjuna Akkineni.

She made a special appearance in the 2012 film ‘Mai’ which was by the legendary Indian singer Asha Bhosle. Until her first film was released in 2012, she had signed five films in both the Tamil and Telugu languages.

She appeared in the 2014 Tamil film,’ Sigaram Thodu,’ for which she received acclaim from both the public and critics. She received the Gujarati National Award for the 2018 film ‘Reva,’ in which she played the role of Supriya.