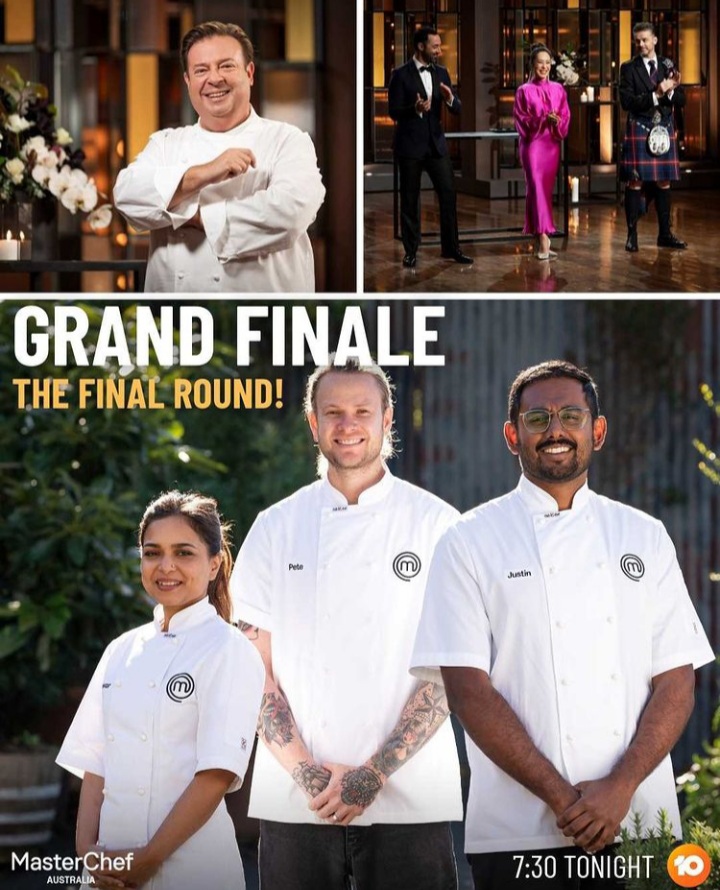 There are 3 exceptional panels of Judges, Mel, Andy and Jock. The Grand Finale will be interesting to watch and curiosity amongst the viewers is increasing as time is passing by.

Masterchef Australia Season 13 witnessed some most delicious dishes and their marvellous chefs. All the chefs were best in one or the other way but the best chefs managed to make in the Grand Finale. The Top 3, Pete, Justin and Kishwar is one step away from their glorious success after experiencing up’s and downs.

According to the points card, Pete is on the top with 53 points, Kishwar with 51 and Justin with 50 points. However, Justin has more chances to win the Masterchef Australia Season 13. All the contestants are showered an equal amount of love with the audience.

Elimination cut to the Semi Finals

In the Semi Finale, Elise got eliminated and her journey came to an end. The Grand Finale will be performed in two rounds in which the 3 finalists will be competing against each other.

Some other sources are in the favor of Justin winning the Masterchef Season 13 but the coin may toss any time. Pete and Justin has possiblities of winning the Show. Whereas Kishwar has high chances of being the runner-up of Masterchef Australia Season 13. Stay tuned for more updates and guess the winner!