Lucy Deakins was born on 18th December, 1971. Her birth place is New York, United States. Lucy is 50 years old, but will soon turn 51 in three months. Lucy Deakins is a former Actress and currently an American Attorney (a Lawyer).

She was an Actress from the year 1984 until 2002. This actually tells us that she entered the film industry, when she was just 13 years of age at that time. So, she was very much interested in acting at an early age. People came to know about her, when Lucy first appeared in “The Boy who could fly.” This film has earned 7.2 Million US Dollars at the Box office.

Then she was given a chance to act in an American Television soap opera, titled, “As the World Turns.” This how was aired on CBS for 54 years from the year 1956 to 2010. We guess it would have been a successful television soap opera. That’s the reason, it got telecasted for such a long time. This show is also known as ATWT.

Lucy is five feet six inches tall and her weight will be around 58 kg approximately. She has a short brown hair. Hazel eyes adds extra beauty to her face.

Talking about her family, Roger Deakins and Alice Deakins are the parents of Lucy Deakins. Their profession is not identified. She has two siblings, whose names are Cat Deakins (sister) and Ned Deakins (brother). After digging up more, we came to know that her mother is a Professor at William Paterson University and her father is a retired New York University Professor.

Here comes her educational background. Lucy Deakins completed her schooling at Stuyvesant High school. Then she enrolled herself in Harvard University in the year 1988. She earned a degree in Comparative religion.

In the year 2007 Lucy Deakins joined University of Washington school of Law and graduated with a degree after years. Now, Lucy is practicing Attorney in Denver, Colorado. She became the partner of Denver Law, Dunsing, Deakins & Galera. This shows us, where she was in the beginning and she is now.\

Lucy’s full name is Lucy Helyn Deakins. She became an Attorney in the year 2015. As an Attorney, her motive is to solve her client’s problem at such a low cost. Deakins concentrates on contract disputes, commercial litigation and family la. Lucy Deakins wanted to maintain a closer connection with her clients.

That was not available in any other firms than in Dunsing. So, she joined Dunsing. Lucy Deakins has handled cases by going through stages of proceedings, from filing a complaint, through negotiations, discovery, trial and appeal. Lucy Deakins has 10 years of experience in this field.

Deakins once got interviewed by Janice in Muppet Magazine issue 15 to promote her film, “The Boy who could fly.” Lucy Deakins also appeared in Disney’s “Cheetah” movie, which was released on August 18, 1989. Some of her works as an Actress are The Boy Who could fly, Cheetah, There goes my baby, As the World Turns, Law & Order, a mother’s gift, etc.

Lucy Deakins is now an American Attorney, who is working with full concentration to help people out in solving their problems and living her life happily. The net worth of Lucy Deakins is estimated to be around 1 – 1.5 Million US Dollars approximately. 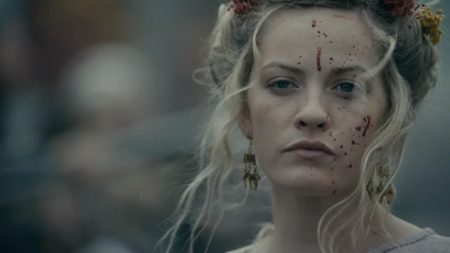 Lucy Martin Age, Wiki, Net Worth, and everything else you want to know