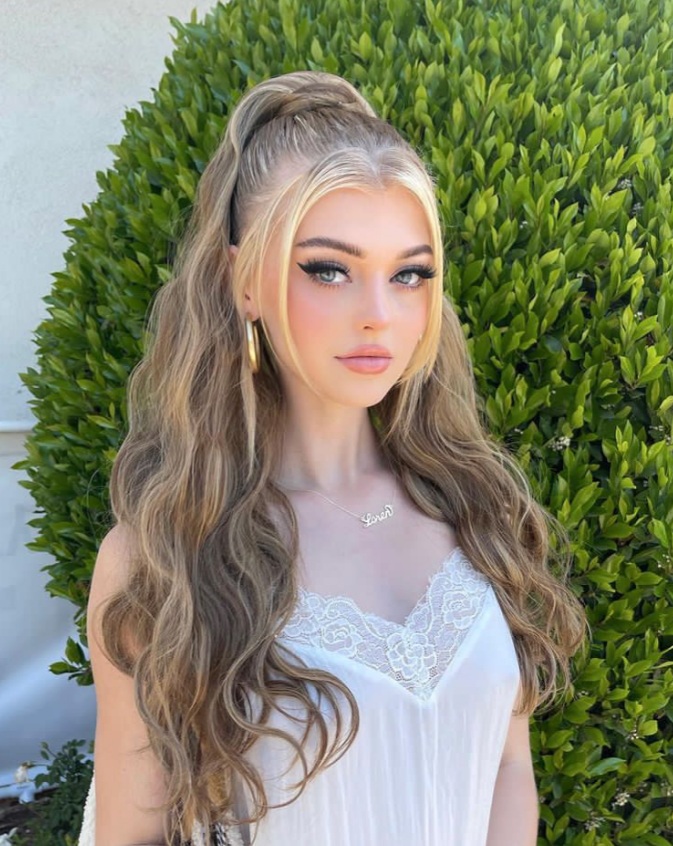 Loren Gray is an American Singer and a splendid model. She is a popular social media personality who became renowned from the music.ly application. She was one of the most followed personality on the TikTok app.

Loren was born on 19 April 2002 in Pottstown, Pennsylvania, USA. But now she is residing in Los Angeles, California. She is 19 years old. Her zodiac sign is Aries as she is born in the mid of April.

She has completed her schooling from Home schooling, Pottstown and college from Public college in Pottstown.

Loren belongs to a Christian family from Pottstown, Pennsylvania, United States. She is known to have faith in Christianity religion and have American nationality. Her ethinicity is White Caucasian American.

Loren’s father is a biologist by profession. Her mother is a hairstylist. She has a elder sister named Jordan Gray.

Despite her young age, she had a few relationships so far. When she was 14 years old, she dated Joey Kisluk who was 2 years old senior to her who is also a social media star. They both started an Instagram account where they posted romantic pictures of them but after their breakup they deleted that account.

Then, she was in a relationship with Juwany Roman also known as Geo. He was increasingly controlling her life and jealous throughout their relationship. He began to dictate who she could spend time with and even what to wear. Loren could not take this anymore because she wanted to live her own life and broke up with Geo. The breakup was such a mess that Loren’s mother called up Geo’s mother and had a firm talk about the situation.

Currently, she is in a relationship with Kyle DeLoera who is a singer.

Loren started her career as a social media star. She started posting some music videos on the music.ly app (known as TikTok) in the year 2015. After getting bullied in her school, she moved to Los Angeles, California and pursued her work on social media.

She signed on with Talent Agency and Digital media company, Shots Studios in the year 2017. In the same year, she made her appearance in the music video titled Personal of Harvey Leigh Cantwell. It was also a chance for her to connect with Jason Boyd who has worked with many people in the music industry, including Justin Bieber.

But while she loved singing other people’s songs, Loren dreamed of someday being able to create her music. That day came true when she was signed with Virgin Records, part of the capitol Music group. She signed on 20 March 2018, and her fans immediately began clamouring for an album.

On 10 August 2018, she released her first single called “My Story”. After that, she started releasing many singles like Queen, Kick You Out, Options, Cake, Can’t do it and Lie Like That. In the year 2020, she has been featured in the single titled song The Man by Taylor Swift. She also released her single titled Alone.

Loren Gray started when she was 13 years old and now she has a net worth of around $8 Million. Around $3 Million, she manages to account from social media sponsorship alone.

She has launched a jewellery brand named &always in the year 2020 where she released 2 editions named ‘The Starlet Mirror Edition’ and ‘Otherworld Edition’. She has also launched a merch as lorengray.shop where hoodies and apparels are available. Her new single titled ‘Piece of work’ is coming up on 9 July 2021.

She is popular on her social media accounts. She was amongst the highest followed personality on TikTok. She has more than 21.8 M followers on her instagram account whereas 15 Lakhs followers on Facebook.