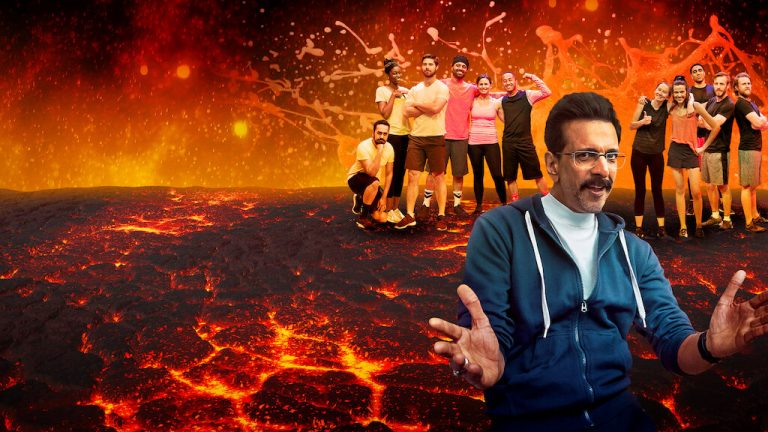 Lava Ka Dhaava brings you back the Takeshi Castle vibe with none other than our own Javed Jaffrey. Laava Ka Dhaava is a game show that is going to be aired on Netflix from 5th May 2021. What is more excited than a show hosted by Javed Jaffrey in this pandemic?

This show is a adaptation of Netflix original show Floor is Lava. Javed Jaffrey did his voice commentary in this show just like he did in Takeshi Castle before. The fun and unique way of his commentary is why people of India gets attract towards such shows.

Though, the twist is that they can’t stand on a furniture for so long as it’ll sink in the lava if too much pressure or weight is applied on it. So the contestants have to keep moving in order to not fall. It’s all fun and adventures show and the players tries their best to win.

The show is all about how to not touch the floor. The obstacle are pretty crazy as chairs hanging, curtains grabbing, chandeliers swinging, climbing wall and a lot of crazy fun stuffs happens in the game. Plus Jaffrey’s commentary in Hindi is there to top it off. It’s a whole fun package to watch.

What is Lava Ka Dhaava?

It’s a game show featuring the show The Floor Is Lava of Netflix but more in Indian way in which Javed Jaffrey is doing voice commentary.

When will Lava Ka Dhaava release?

Where I can watch Lava Ka Dhaava?

You can watch it on Netflix.