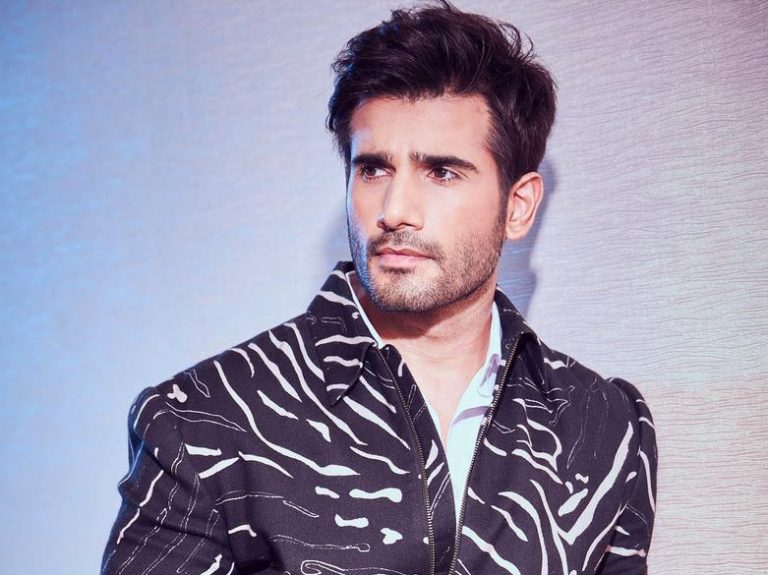 Karan Tacker is an Indian television actor and a model. He is famous for his lead role in the television show Ek Hazaaron Mein Meri Behna Hai. Apart from this, he is also famous for Hotstar’s web series Special OPS which came in 2020.

Karan Tacker was born on 11 May 1986 in Delhi. He belongs to a Punjabi Hindu family. He is the son of Kuku and Veena Tacker. He also has a younger sister, Sasha Tacker. He has been keen towards acting since childhood. He started acting from school and college time. Prior to joining the industry, he earned a degree in Business Management.

Karan Tacker has a healthy physique and is a fitness freak. He is 5 feet 8 inches (170 cm) tall. His weight is around 75 Kg (165 lbs). Karan Tacker always keeps himself fit and he is very health Conscious. His chest measurement is 42 Inches, Waist is approx. 30 Inches & biceps measurement is 14 Inches. He has a nice hairstyle and got Black hair and Black Eyes.

Karan started his career in films with the film Rab Ne Bana Di Jodi in a short role in 2008. He then got his debut role in television show Love Ne Mila Di Jodi playing the lead role of Sameer which aired on STAR One. In 2010, Karan then appeared in television show Rang Badalti Odhani. He then played the lead role in Star Plus popular show Ek Hazaaron Mein Meri Behna Hai (2011) as Viren Singh Vadhera. The show aired its last on 13 September 2013.

Karan participated in the popular dance reality show Jhalak Dikhhla Jaa Season 7 with his dance partner Bhavna and was declared first runner up of the show in 2014. Karan has also hosted Halla Bol on Bindass (2014) and The Voice India (2015) that aired on &TV. Karan has also hosted many award shows and events. Karan has appeared in advertisements also. In 2017, Tacker hosted the dance couple reality show Nach Baliye in its ninth season. Karan Tacker was recently seen in the Hotstar Special web-series titled Special Ops.