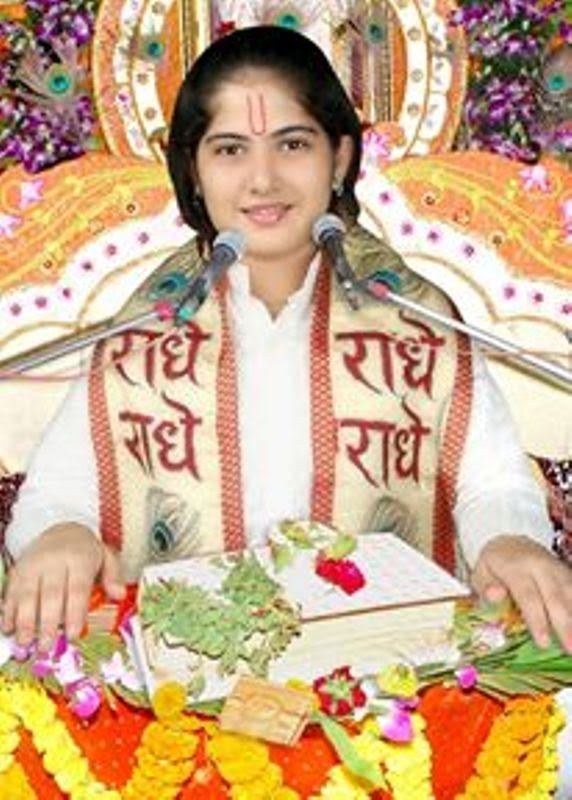 Jaya Kishori is an Indian Musician and Spiritual lecturer. She is known for her motivational talks and spiritual Songs. She is also known as ‘Meera of Modern Era’ and ‘Kishori ji. ‘

Jaya kishori was born as Jaya sharma in kolkata. She grew up in a spiritual environment and learnt various krishna bhajans and Bhagwat geeta at a very young age.

Jaya Kishori completed her schooling from Shri Shikshayatan College and Mahadevi Birla World Academy in Kolkata. She has finished her B.Com through open schooling. She was preached under the tutelage of Swami Ramsukhdas and Pandit Vinod Kumar Ji Sahal. She was initially preached by Pt. Govindram Mishra.

Jaya sang for the first time in satsang at the age of 7. Satsang was held in her locality in Kolkata during Basant Mahotsav. Later at the age of 10, she sang Sundar kand solo which was liked by the public and drew attention in the direction of her.

She has received various awards for her work including Aadarsh Yuva Adhyatmik Guru Puroskar’ by Bhartiya Chhatra Sansad, given to her by the RSS Chief Dr Mohan Bhagwat.

Pt. Govindram Mishra used to call her rasha because of her love towards krishna. Govindram gave her the title of kishori by which she is known as Nand kishori.

Jaya donated her disclosures collections to Narayan Seva Sansthan in Udaipur and complete donations come in use to help and support disabled people.

Her grandparents are one of the reasons for her spiritual growth. They used to tell her various krishna bhajans and stories.

She likes attempting yoga and promotes it openly.

She can play harmonium.

One of her initiations holds the Guinness World Record. As Sanjay Shukla and Anjali Shukla, who hosted the mass invitation of Kishori’s Srimad Bhagwat Katha, presented 1,11,000 sarees to women by going to their houses, which made the world record.

On 19 September 2018, Jaya Kishori released an official application named Jaya Kishori Ji Official App” for Android and iOS devices. App contains complete information about her including her Bhajans and Katha.

On Satsang channels, often her Satsangs have been hosted on various channels.