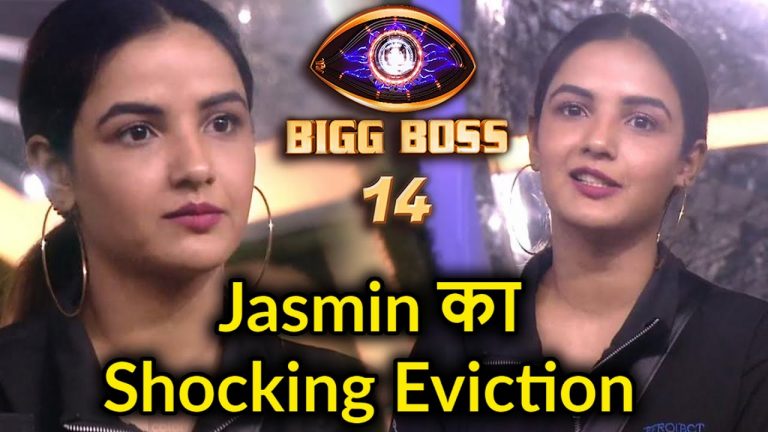 The most unexpected twist of the show is here. Jasmin Bhasin who was believed to be one of the strongest contestants on the show is all set to get evicted. This breaking news has left the audience  in a huge trauma. Salman Khan is also undergoing the same. He is spotted breaking down like an innocuous child in the latest promo of the show, Weekend Ka Vaar episode.

Jasmin has been one of the most decorated contestants of the house and very dear to host Salman Khan. He has  always asked her to behave in a respectable manner and take care of the fact that she’s representing the channel inside the house.

In Sunday’s episode, as the promo shows, one contestant between Abhinav Shukla and Jasmin Bhasin will have to leave the house. This makes Salman emotional. It was also expected to be a double eviction this week.

Fans of Bigg Boss are all shell shocked to see Salman shedding tears on the show for a contestant.And this fact reveals the majestic  connection. Not only Salman but many other members like Aly and Rubina went emotional too.

Many took to Twitter to express how this is the first time that the superstar has allowed himself to be so expressive in front of the camera. While one Twitter user wrote, “What Salman Cried on Jasmin’s Eviction!! First time in the history of BB” . Social media platforms are on fire wuith the unveiling of such incarnation of whom we call Bajrangi Bhaijaan.

The eviction episode will be aired tonight. The promo has already created a lot of buzz and stirred the audience.  This huge twist unfolds today. It will be interesting  to see if Salman has actually cried for Jasmin or there’s some other reason behind him breaking down like this. Stay in touch for more updates about the show.