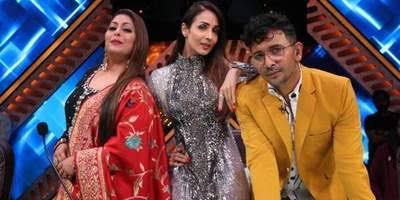 India’s Best Dancer is a dancing reality show where people from all over the country can showcase their talents in the auditions, a few contestants are selected from them and the best one is crowned the winner. The first season aired on 19 February, 2020 on Sony TV Entertainment. It was a big hit on television and Tiger Pop was announced the winner. The judges were Malaika Arora, Geeta Kapur and Terrence Lewis and special guests were Nora Fatehi amd Remo D’ Souza and the hosts were Bharti Singh And Harsh Limbachiya.

India’s Best Dancer had announced its auditions and due to the COVID-19 pandemic, it was conducted online on SonyLiv app. The digital auditions began on 5th May, 2021 and last date was 20th June, 2021, where the aspired dancers had to perform virtually for the jury panel. This season too the judges will remain the same but the host will be Manish Paul. The auditions have already ended and the show is supposed to air on Sony TV Entertainment on 16th October, 2021 every Saturday and Sunday at 8 p.m.

The contestants who aspired to become dancers applied for auditions and provided all the legal documents during registration. This show is unique in its own way because there is no age limit to participate and only the participants under the age of 18 years have to be present with a guardian.

This season, like the last one, will also be a great hit because of its unique concept and inspirational stories. The episodes can also be watched on SonyLiv October 16, 2021 onwards.