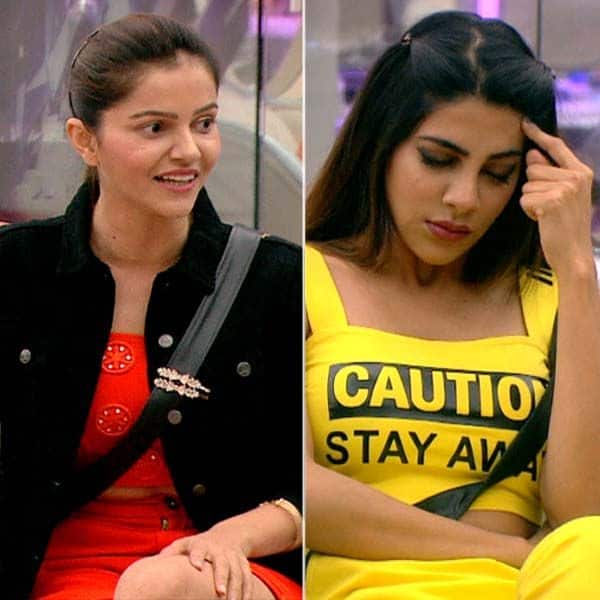 In the latest episode of Bigg Boss 14, Paras Chhabra took a big turn when Paras Chhabra announced Rubina Dilaik as the winner of the Ticket To Finale task, even though the number of sacks in her barrel was less than Rahul Vaidya’s.

In the last episode of Bigg Boss 14, Paras Chhabra, who entered the house as a connection of Devoleena Bhattacharjee, changed the dynamics of the “Ticket to Finale” task when he pronounced Rubina Dilaik the winner, as Rahul Vaidya was the clear winner, as he had collected the most sacks compared to Rubina. But since Paras was the sanchalak of the task and wanted to make Rubina a winner, he made his decision.

When given a second chance, to give his last and final verdict by Bigg Boss, Paras Chhabra said that as per the rules Rubina’s barrel had more valid sacks than Rahul’s. Following which, Bigg Boss announced Rubina as the winner of the task.

After being the winner Rubina got a special power to save a contestant, except Devoleena Bhattacharjee and herself (as they are permanently nominated till the end) from the nominations and allow the same person to directly enter the finale.

Rubina chose to save and lead Nikki Tamboli in the finale, giving a reason that she was the one who played for her and made her win the task without worrying about herself and stay beside her in her odd times. Henceforth, Nikki was announced as the first finalist of the 14th season of Bigg Boss. The contestant who was overjoyed with the announcement thanked Rubina for choosing her and jumped around with excitement.