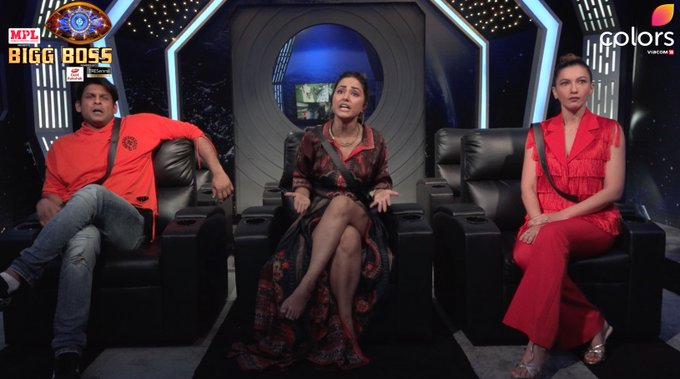 From Gauahar Khan and Hina Khan strongly opposing Sidharth Shukla to the contestants gearing up for a new task. 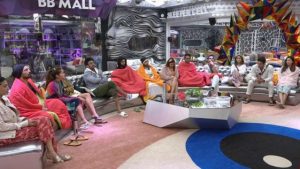 Housemates wakes up and sees the set up. Bigg Boss asks all to gather at living area. He says today few contestants’ game will be over today. He asks all to pack up their bags including seniors.Eijaz reads the task instruction. Team Sid, Gauhar and Hina are asked to protect their team. The team which will lose will walk out from the house along with their seniors. Freshers are asked to protect the buzzer to get ring if they want to win the task. 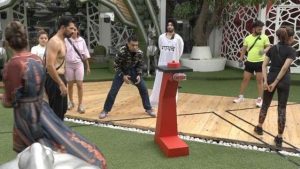 While the task seems simple, things soon turn interesting when Hina and Gauahar’s team decide to make an alliance against Sidharth. They agree to not hit each other’s buzzers and decide to attack Sidharth’s buzzer. Sidharth’s team, on the other hand, decides to attack Gauahar’s buzzer as she only has two people. 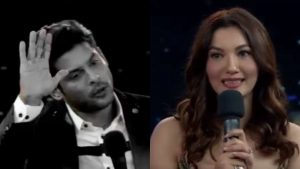 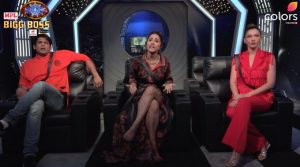 Later Gauahar, Hina, and Sidharth are called inside the theatre and are shown the footage of the task and ask them to decide who won the task. This leads to a Heated argument between Sidharth and Hina and Gauahar. Sidharth as usual loses his calm while Gauahar and Hina try to explain to him what has happened. Hina and Gauahar tell Sidharth that his team cheated. Gauahar gets the rule book and expresses protest against rules being broken.Even in the theatre room, the Seniors have a heated debate and Sidharth is not ready to budge and claims that his team is the clear winner. 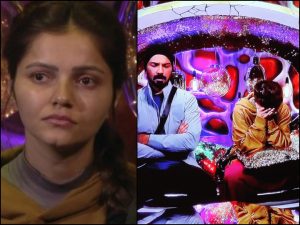 Bigg Boss asks Rubina if she is fine. Rubina says yes. Bigg Boss asks if she wants to share. Rubina asks if he is open to hear.She tells BB that she feels disrespected on the show and she doesn’t feel motivated. She also said that she felt disrespected that her husband was called a ‘Samman’ by Salman Khan which broke her heart. She has an emotional breakdown over the same. Bigg Boss tries to explain to her that no one is disrespected here. Rubina tells BB that she cannot be in this format and she wants to leave the house. She feels that Salman Khan shouldn’t have called Abhinav a Samman. Abhinav is then called inside the confession room. He then tells the couple to speak to each other about the decision. BB tells Rubina that they will tell Salman to not joke with RubiNav. Rubina tells BB that she will consider the suggestion.