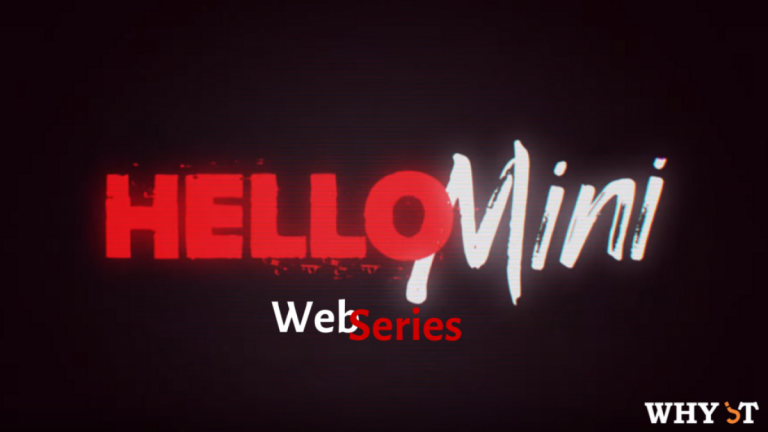 Hello Mini is 2019 made, released on the streaming platform MX Player Original on October 01, 2019, with a total of 15 episodes. Released one season so far, it is based on a novel titled “Marry Me Stranger” written by well-known novel writer Novoneel Chakraborty & Croctales, directed by Fark Kabir, the series stars Priya Banerjee, Ankur Rathee, Mrinal Dutt, Arjun Aneja, Gaurav Chopra, Anshul Pandey, and Tamara D’souza in the major roles. The IMDb rating of the series is 9 out of 10.

The 15 episode series is the fictional screenplay which follows a young and independent 22-year-old girl named Rivanah Banerjee who is been stalked by someone who keeps his eyes on every move she makes, making sure that her life gets easy as well as hard and she feels blessed and cursed, everything at the same time. The series leaves us frightened with its nail-biting suspense scenes and the thrilling storyline that makes sure to keep the audience on the edge of their seats and drive our minds to think twice before we step outside of our houses.

The series leaves the audience all perplexed and eager to guess what might be the next move but there is a surprise at every next scene that we cannot think of.

The series received the award for Best Horror/Thriller show at #e4m Play Awards.

The renewed season is gonna be a way more intriguing filled with so many mysterious moves, thrill, and disclosure of the suspense that the stalker has created in the series. We may find the answers to unsaid questions in the subsequent season.

Are we going to witness the stalker’s identity or will more fear and more suffocations gonna be added into Mini’s life? What do you say and why?

The anticipated release date is near October of the next year i.e. 2021. As season 1 arrived about a year ago, 2021 seems to be perfect to bring in the sequel of the series. The official date is left to be dropped by the creators yet until then keep a little calm. 😛 Okay?

THE CAST of the third venture of the series is going to remain the same as far as we can predict. We may find some additions also if the makers find it necessary to be added or else no noticeable changes will be made.