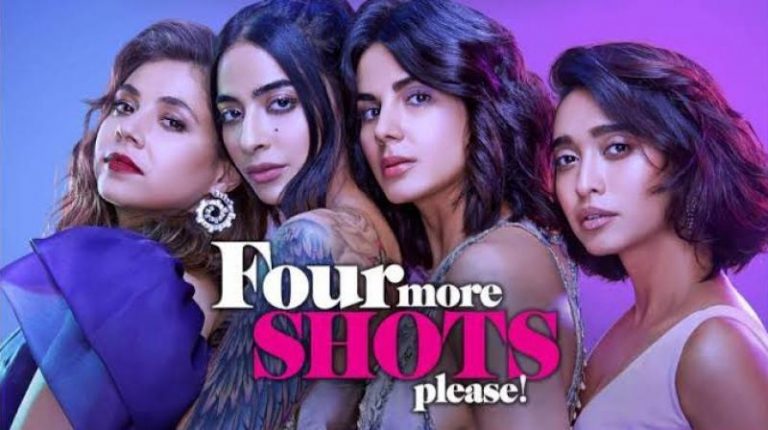 Four More Shots Please! is an Indian web television series, released on 25 January 2019 on streaming platform Amazon Prime Video. It is directed by Anu Menon and Nupur Asthana. As per the reviewers, the series is the desi version of American comedy-drama series Sex and The City. The series is Amazon Original’s first-ever women centred Indian Original casting Bani J, Sayani Gupta, Kirti Kulhari, and Maanvi Gagroo as the leading protagonists.

The series follows the lives of four women who stay and slay together. They come across the various aspects of life and find the depicting factors that make them stick together through thick and thin and qualifies one of the life’s loving relationships to pass i.e. friendship. They live, laugh, love, and make mistakes unapologetically and survive their part of life with different experiences.

The first season of the series which carried a total of 10 episodes became one of the top three most-watched series that premiered on Amazon Original from India, in the year 2019 and the second season of the same which has also 10 number of episodes, premiered on April 17, 2020, and became the top-most series on the list of most-watched series on the platform during May 2020.

As soon the second season released, Amazon announced the renewed season of its most-watched series Four More Shots Please after a short period of time. Aparna Purohit, The head of Amazon Originals, Amazon Prime Video India stated, “The response to Four More Shots Please! has been phenomenal; it has already become the most-watched show from India this year. The first season was one of the top 3 most-watched Amazon Original Series from India in 2019, and season two has set yet another benchmark” said Aparna Purohit, Head of Amazon Originals, Amazon Prime Video India. “We are thrilled to be associated with Pritish Nandy Communications and are looking forward to another groundbreaking season,” Aparna Purohit further added.

Pritish Nandy shared that the new upcoming season will be showing the unapologetically flawed girls facing even more difficult turns and challenges that will be too hard to be dealt with which in his words goes like this, “After the unconditional love received over two seasons not only by women but men as well, together with Amazon Prime Video we are pleased to bring our viewers the third season. The third season will pick up from where the four girls are left at the end of season two and will take forward their stories as they journey ahead in their career, relationships, love and, most importantly, the passion and beauty of their friendship!” Nandy said.