Roadies Revolution Episode 30- Who will be The Drone Survivor? 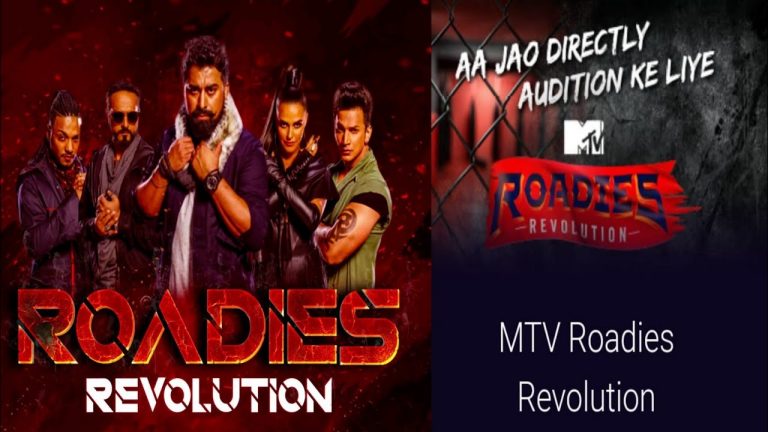 Like the previous episode that ended on a definite note that there will be a survival task between Arushi and Sanjay, so both of the competitors are seeking their partners who may be willing to perform for them. Arushi upfronts her choices who she wants to help her in the task. Michael and Aman show their willingness to perform while Abhimanyu and Jayant denies. On the other hand, Sanjay has an army behind among whom he can choose who he wants to play with. Arushi bursts out on Abhimanyu as he says he cannot perform because he is scared to.

Apoorva finds a way to hit the wall and take full advantage of the situation as nobody is agreed to play for Arushi. She asks Arushi that she would play for her to let Arushi out of the Roadies journey as Apoorva intentionally plans to perform poorly and let Sanjay win. Arushi denies her to be her partner as she does know how extreme of a gameplayer Apoorva is. And she won’t ever think of saving her at any cause.

Then, the roadies are told to arrive at the new task location to witness the survival task between Arushi and Sanjay. Sanjay calls out Vipin, Jayant, and Shreya‘s name as his preferences to perform with. On the contrary, Arushi has no name to call out except Michael, Zabi, Aman and Nisha who said yes to her. But in the end, the final names will be decided by her own self and so she chooses all of them except Zabi. But note that these are not final names who are gonna perform.

Rannvijay explains the task. The name of the task is The Drone Survivor and to cut a long story short, the task is about rescuing the main participant from a cage by the help of his or her teammates. The one who is rescued and flies the red flag first will win the task. A way to decrease the time taken to complete the task is offered to the teams. There will be four loops standing high and passing one drone through one loop will lead to reducing 10 seconds from the overall time taken. The interesting part is the rest three loops have clothes hanging on it and as the drone will touch it, it will start burning as there will be an ignition device attached to the drone. This will help in reducing the time not by 10 seconds, not by 20 seconds but by 30 complete seconds. This can be of great help to the competitors if the teammates perform well.

After listening to the task and the gang leaders, the rest who didn’t want to perform earlier now tends to show their interest in performing. Thus, the final names pop up and there form the final teams. Sanjay goes for Akash, Sanjay pitches Varun and Varun ask Jayant if he intends to play for Sanjay. On listening to his yes, Varun agrees as he wants to go where his captain goes. These three names form Sanjay‘s team. Arushi’s team consist of Aman, Nikhil, and Michael.

Team Arushi goes first. The details are delineated below:

Time for Team Sanjay and the details of their performance goes this way:

Clearly, Sanjay wins and he becomes The Drone Survivor of the task and Arushi bids goodbye to The Roadies Revolution.

I will meet you guys with another update on the next Friday. Until then, stay tuned!