Episode 25: Hit, Hop, Bowl. The immunity is yours. 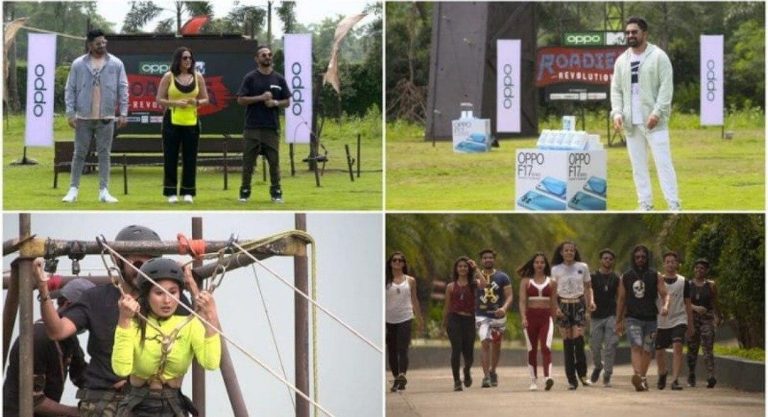 Hello Amigos! We are back with the second phase of the Roadies Revolution. This episode was telecasted on 30th October and I am here with the updates you may want to read. If not, then also, let us go through the recent episode that aired online today.

The next phase of the show (that has never happened before in the history of the show) has taken place and the roadies are back with their transformed and high-spirited versions, left to be proved by performing the tasks though.

Rannvijay flashes up the news that an online audition was conducted and a new roadie is selected named Shreya. Prince Narula was nowhere to be seen due to some personal reasons. Akash took his place and is seen leading his gang. We shall refresh our minds up with the number of stars earned by each gang leader so far: Gang Prince, Nikhil, and Varun have 2 stars and Neha has one.

Moving ahead with what’s concerning the episode. The episode encircles itself around the task concerning earning of star and immunity as well. Each of the leaders selects the players for them. The names that made it to the list through different rounds goes this way:

THIRD ROUND: Varun and Neha both call out Arushi’s name but the discretionary power relies on the hands of Arushi. Arushi concludes Varun’s name. Neha, now call out Poonam and at the same time, Akash pitches for Poonam too. Poonam makes up her mind for getting selected into Akash’s team. The final selection for Tarandeep was made by Neha and Zabi becomes a part of Gang Akash. 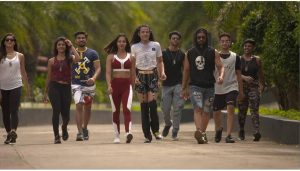 Moving ahead to the task and performances made:-

The task involves mainly two stages where the first stage requires making scoop shot and breaking of matkas. The number of breaking 2,4 or 6 matkas will lead to gaining an additional number of stumps which is the requirement of the second stage. The second stage involves Hopping and Bowling and hitting off the stumps.

Before getting straight to the task, an Oppo advantage is offered and Gang Nikhil won it. Advantage of winning is that Nikhil is conferred the power of deciding who shall be going when. Plus, he is granted seven number of times for breaking off the matkas, which is six in case of three others. 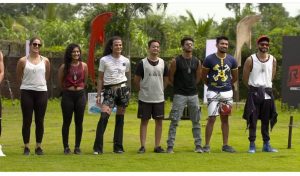 The first team to be performing the task is Varun’s and the details go this way: The first phase is performed by Arushi and Abhimanyu and the complete number of matkas broken were 03 out of 06. This sums up the number of additional stumps and the total stumps offered to them is one. The second phase begins and Hopping part is done by Nisha. Jayant took up the phase of bowling and hitting off the stumps. The task ends with Nisha and Abhimanyu picking up the trophy and taking an Oppo selfie.

The second round arrives and this time, its Gang Neha. The first phase is covered by Pratibha and Sanjay and the number of matkas broken was 02 out 0f 06. The additional stumps offered to them is one. The Hopping phase of the second stage is performed by Prakhar and Tarandeep goes for bowling and hitting off the stumps. The task comes to an end with Prakhar and Pratibha picking up the trophy and capturing the moment with an Oppo selfie.

The third team is Akash’s and this sums up this way: The first phase is completed by Apoorva and Zabi. The number of matkas broken was 03 out of 06. The additional number of stumps given is one. The second phase begins and the hopping part is done by Poonam. Vipin was placed for doing bowling and hitting off the stumps. Akash and Poonam complete the task. Poonam stole the hats-off moment and for that, put on your TV and know why. Okay?

The final call is here and team Nikhil is on the field. The first phase is completed by Hamid and Shreya. They broke 03 out of 07 matkas. And so they need only two stumps to hit off instead of three. The second phase starts and the hopping part is done by Aman. Hamid nails it with his hitting and bowling part and the task ends with Michael and Ajay picking up the trophy.

The overall time taken by each gang are-

Nikhil has won one star but the four participants of Gang Nikhil have not earned immunity yet. They have to earn it by defeating the opponent contestant and the same would be chosen by themselves as to who they want to compete with. Tight your seat belts and stay tuned folks. See you the next Friday.