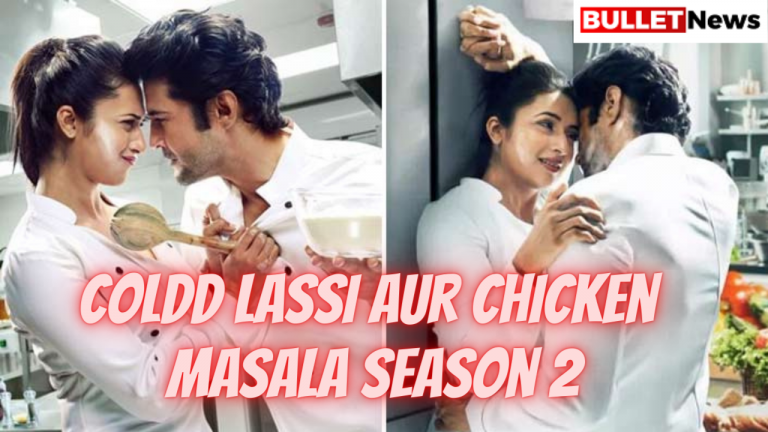 The Indian rom-com Coldd Lassi aur Chicken Masala released on September 19, 2019 on ALT Balaji and is also made available on ZEE5, is a Romantic drama television web series created by Ekta Kapoor and written by Doris Dey and Jaya Mishra and directed by Pradeep Sarkar. The show is the digital debut of the well-known television personage Divyanka Tripathi alongside her co-star Rajeev Khandelwal. This romantic comedy series has managed nicely in terms of doing well in the digital world and collected a good amount of rave compliments. The IMDb rating is pretty good and that is 8.3 out of 10.

Coldd Lassi aur Chicken Masala is a fictional Indian drama presenting the lives of two young chefs, having a child named Vivaan, who once were Hotel Management students. There is a past that disturbs them and has not faded away even after a period of long 8 years. Destiny decides to bring them together, yet again. One of them named Nithya, the role portrayed by Divyanka, is the Head Chef at Indie Spice and the other is Vikram, the role portrayed by Rajeev Khandelwal, is an esteemed Michelin 2-Star Chef who takes over Indie Spice that results in an unnerving and astounding reaction in Nithya’s life. Her ex-lover Vikram is now her foreman/boss. As the story vectors, the entombed fairy tale with the concoction of love, pain, anger, disturbing turns, and past grudges is driven back and the glimmer of love cross each other’s way.

Go, Binge On the 12-episodes-series! To witness the two ex-lover’s sweet and spicy love saga with a pinch of bitterness, go and watch it.

The series is highly praised for its script, acting, and the direction as it manages well in making the audience sit on the edge of their seats and will indeed have its sequel as per some reports. Furthermore, the scriptwriting process in on and filming will be starting soon, says the reports. Being declared a hit would surely lead to the making of another chapter.

No words regarding the trailer launch or official release date as of now. We will hear about it soon from the makers of the show.

But it is for sure that season 1’s success is gonna lead to another chatpati love story as the first chapter definitely has lived up to the expectations and the audience would love to see more of it.

The plot of season is based on two savage personalities. One as cold as Lassi and another one is as teekhi and masaledar as butter chicken, as the title suggests. And the teekha part is always the female protagonist in every story. The second season will be the continuation of the premiered season and will cast the same leading actors as season 1, with shocking twists and turns which will ultimately reach a happy ending. What do you think?