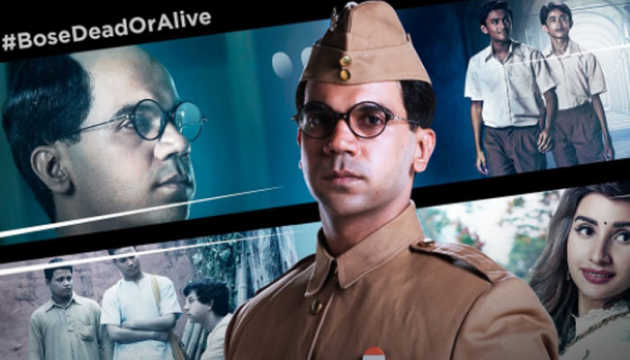 Bose Dead/Alive is ALT Balaji’s 2017 historical drama web series containing 9 episodes, filmography representation of 2012 book India’s Biggest Cover-up written by Activist Anuj Dhar, released on 12 November 2017. The IMDb rating of the series is 8.8 out of 10 which is pretty nice and a must-watch in the history of Indian web series.

The story covers India’s biggest controversy, the mystery behind the man who fought for India’s independence, Netaji Subhash Chandra Bose’s death. The series is an ode and a tribute to Subhash Chandra Bose for which the creator has been showered with great responses and appreciations over the ideas and screenplay of the series.

In the year 1945, on August 08, it was believed that Bose died in a plane crash. The presumption later, found out to be false when the Bose family receives a telegram sent by Mahatma Gandhi, told not to perform his last rites. Then, a hypothesis is made about his disappearance while some characters put forward their views on Bose’s being vanished in the past once, and how there lies a probability of him returning back to the pavilion.

After the huge success of season 1 of Bose: Dead/Alive, actor Rajkummar Rao expressed the making of season 2 at its earliest by saying, “We are planning season 2”.

On being asked about the updates regarding the planning of sequel, Rajkummar Rao said, “We are planning Season 2. But I have to shave my head and gain weight again for the role, and that’s a huge commitment. With the kind of work that I have lined up, I don’t think it will be possible to start filming for at least a year.”

And he further added that the team is currently working on the script.

Thus, we have to wait a little longer to receive further updates concerning the release dates and the plot as well.