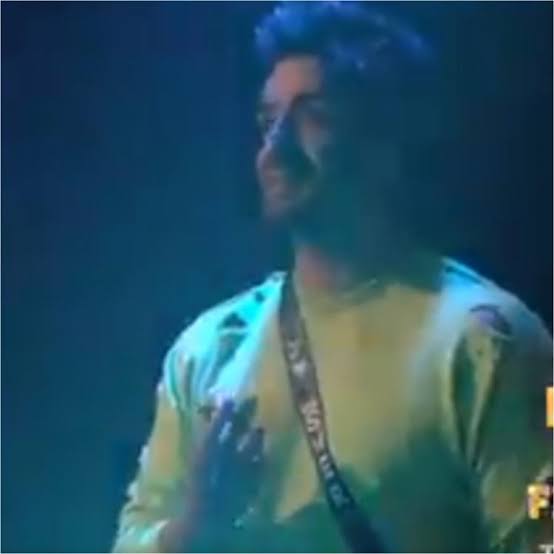 As Bigg Boss14 is coming to an end, both viewers’ and contestants’ excitement level is at peak. However, participants are tense at the same time due to the surprises they are getting in Bigg Boss14. Additionally, it is true that in deep trouble, people start to remember their family. Of course, Valentine’s day was enjoyable at Bigg Boss14. While Bigg Boss tries to cheer the contestants but there is so much a person can take, then comes a moment when he needs his family. You have your friends and well-wishers, but at last, you crave for your family. The same happened with the Bigg Boss14 finalist Aly Goni.

Now we have five finalists in the house: Nikki Tamboli, Aly Goni, Rahul Vaidya, Rakhi Sawant, and Rubina Dilaik as Bigg Boss guaranteed everyone to fulfill their one wish. But according to the rules, Competitors have to perform a task to meet any of their fellow contestants’ desires. Like Rahul Vaidya got the task, it will satisfy Rakhi’s wish to tread Disha Parmar’s handkerchief. While recording the recent promo of Bigg Boss, which he has released on Instagram, Aly Goni became emotional while asking for the wish.

When Bigg Boss grants a wish, Aly asks for a video call with his Mother, sister Ilham, and her newborn baby. He was in the pool of tears while asking wish. His desire will fulfill or not is a surprise yet and will be disclosed in the next Episode.

Aly came to Bigg Boss to support his dearest and Former Bigg Boss 14 contestant Jasmin Bhasin. However, she got evicted by Aly Goni and decided to play this game more vigorously. Even he intends to win the show for himself and his ladylove Jasmin.