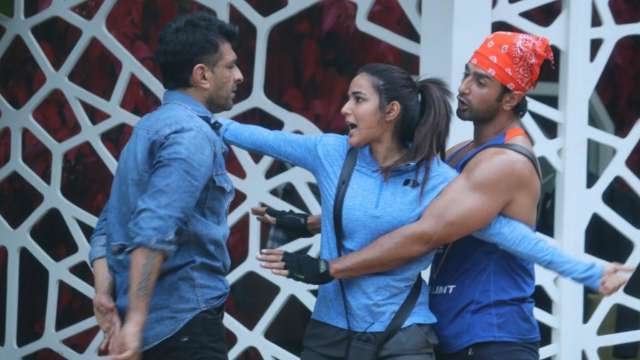 The episode begins with the contestants waking up to the song ‘DJ Wale Babu’ at 8 in the morning. Later, Eijaz talks to Hina about how contestants try to pick on him. She asks him about her equation with Pavitra, and if their differences are solved. However, Eijaz clarifies that he is ‘hurt’ by Pavitra’s nomination against him, and does not understand her logic. 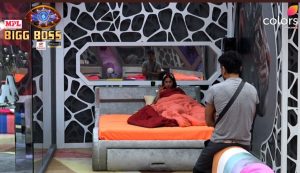 On the other hand, Rahul is seen getting flirtatious with Nikki, and also pull Jaan’s leg over Nikki ‘bro-zoning’ him.Next, Rahul is seen mimicking the contestants in front of Eijaz, leaving him in splits with his antic entertainment. Eijaz later advises Rahul to impress the seniors with his entertainment skills. Later, in the b 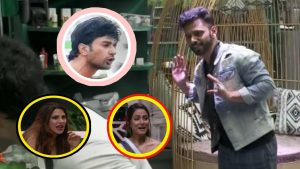 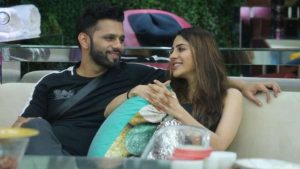 The second round of the Farmland task begins and the contestants brace themselves to fight to make their own garden. Rahul Vaidya leaves no stone unturned to impress the seniors. The task is not only fiery but also offers high doses of pure entertainment thanks to Rahul Vaidya and his innovative ways to entertain the contestants and seniors. Right from mimicking the housemates, to dancing, to singing he does it all. He also goes down on his knees to woo Hina with his romantic poetry. 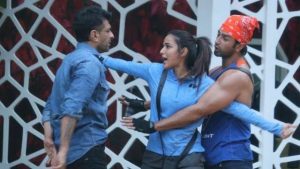 While the task is on, Jasmin Bhasin as a war of words with Nikki as she thinks she is an unfair Sanchalak. The blame game reaches a new height and Jasmin gets agitated and says, “How can you abuse me, I am the most popular face on COLORS!”. Jasmin is unable to control her tears and bursts out as she complains about Nikki to Bigg Boss. 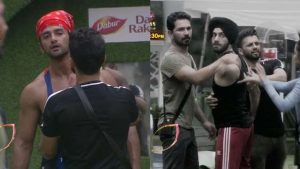 Nishant and Shehzad are seen at loggerheads over a topic that suddenly escalates and takes a completely new turn. The verbal brawl gets ugly as other contestants try to jump in and resolve the issue between the two.

Rubina Dilaik stood out and that was when she took a stand for the LGBTQ community.

Nishant and Shehzad get into an altercation wherein the latter calls him a eunuch (he used the word chakka and hijra). Nishant clapped hands on his face after which she Shehzad calls a eunuch. After the task pauses, Jaan asks Nishant to calm down. When Nikki says hijra/chakka is a gaali, Nishant says he will take the point in front of Bigg Boss.

Rubina is furious when people say that eunuch is a cuss word. Rubina points it out saying that it is not an abusive word. Shehzad admits his mistake and Rubina makes him apologise. When Nishant and Pavitra start arguing, Jasmin asks Shehzad to apologise alone in front of the camera. Shehzad does so. 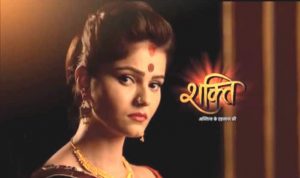 For those not in the know, Rubina played the character of a eunuch on the show, Shakti Astitva Ke Ehsaas Ki. Rubina was lauded for her character portrayal. She has great respect for the community. Fans are loving the way Rubina took a stand for the LGBTQ community and make Shehzad apologise.

Bigg Boss says the task has ended. We want to ask Nikki whose farm was bigger and better? Nikki says Team B (Pavitra’s team) has a pretty farm as the lotus is raised in the trash only. Rahul claps for her. Nikki says Team B worked harder. They are winners. Rubina says this is pretty? Jasmin says the referee was not fair. Nikki says Bigg Boss will listen to them? Abhi says people are laughing at you Nikki. Bigg Boss says Nikki has decided that Team B has won. Eijaz, Pavitra, Nishant and Rahul are safe from nominations. Abhi, Rubina, Jasmin, Shahzad and Jaan are nominated. Rubina says we will go home with respect. Rahul says they can’t accept their defeat. Pavitra says this is not trash, we eat this.