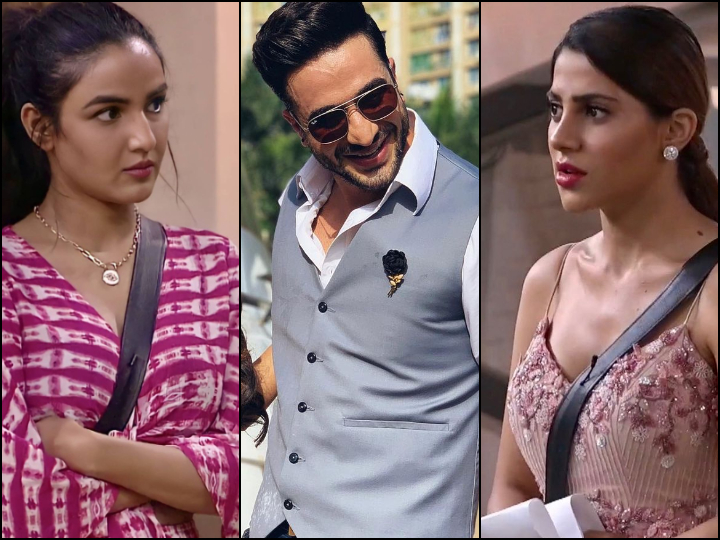 Bigg Boss 14’s love birds Aly Goni and Jasmin Bhasin are extremely fond of each other, but are not ready to confess their love on national television. Aly wants Jasmine to go down on knees and propose to him. However, in the latest episode of the show, the rumoured couple were seen discussing their future and marriage.

Aly tells Jasmin it’s better to tie the knot with his best friend (Jasmin Bhasin) than going out and searching a life partner for him. He says, “I feel if I go out and try to find a girlfriend and what if they don’t get along, I both waste her and my time so it’s better I understand you so I should settle down with you”.

But wait it’s not that easy as  it seems there is someone who has also started liking Aly Goni. Yes, a love triangle.And that person is none other than  Nikki Tamboli who had earlier declared that she likes Aly Goni.

Recently, Nikki also had a fight with Aly as she was hurt because of him. She cried as Aly did not take her side when Rakhi used bad words for her. However, it seems Nikki has started liking him and she did confess about it to Rakhi Sawant.