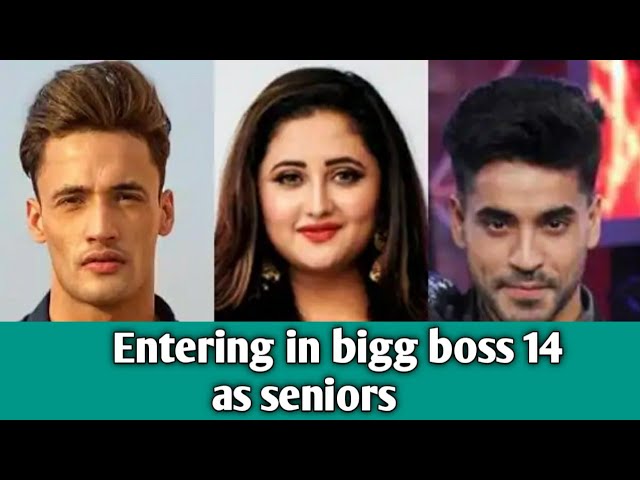 In ‘Bigg Boss 14’ where there are reports of 5 wild card entries in the coming days, there is a discussion that now three more seniors are going to enter the Bigg Boss house. Bigg Boss house already has three stormy seniors i.e. Siddharth Shukla, Gauhar Khan and Hina Khan. It is now reported that Asim Riaz, Gautam Gulati and Rashmi Desai will also enter as seniors ‘Bigg Boss 14’.

Siddharth, Gauhar and Hina are taking all the decisions together, even after the first week, Sara Gurpal was rendered homeless based on her recent decision. In such a situation, it will now be seen what the upcoming seniors are up to and what contestants they favor. Although it has not yet been confirmed officially whether Asim, Rashmi and Gautam Gulati are going to enter Bigg Boss house, there is a lot of discussion on social media.

Earlier, it was reported that Gautam Gulati will enter the house along with Sidharth, Gauahar, and Hina but that did not happen. It was also been said that Prince Narula will be entering as a senior but even he did not enter. Talking about the contestants this season, they have been doing good but during the weekend ka vaar Salman Khan made them realise that they need to take a stand for themselves.