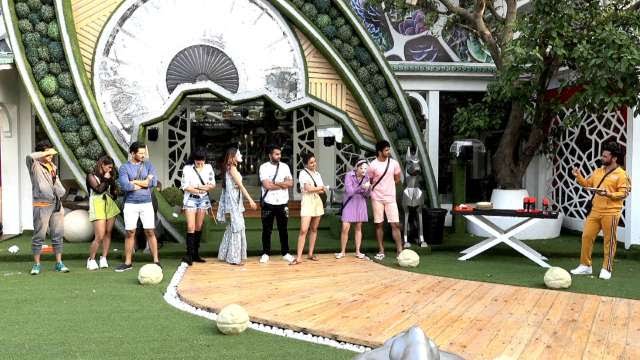 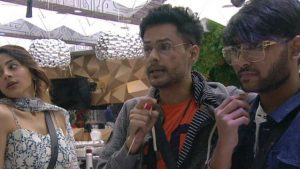 Pavitra Punia called out too 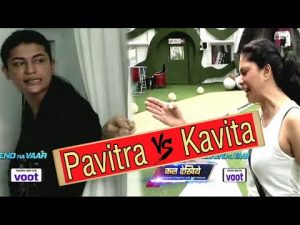 When Shardun said that he asked Pavitra about the rules, she did not inform him. An angry Kavita replied that “Pavitra is not Bigg Boss.” She later went to Pavitra and told her not to make up news rules of the house. Kavita tells her that this is why she is in the red zone adding, “Aise logon ko main apne ghar ke bahar khada rakhti hu “ 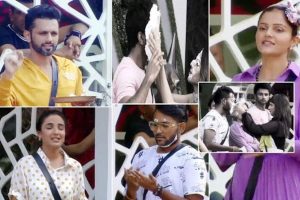 Rahul Vaidya nominated Jaan and said, “I would like to nominate Jaan Kumar Sanu because I hate nepotism. Whoever has come on the show, they’ve come on the basis of their hard work. Jaan is on the show because he’s someone’s son.”Rubina Dilaik was the first one to school Rahul over the use of the “N” word. She added that it was “very disrespectful to art and the artiste.”

Kavita gets an opportunity to save 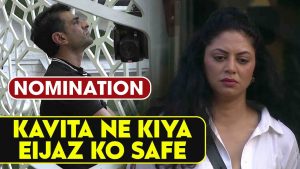 Bigg Boss announces; Rahul, Nikki, Jaan, Pavitra and Eijaz are nominated. He gives Kavita an authority to safe one contestant from the nomination. Kavita saves Eijaz. He asks Rahul, Nikki and Jaan to go to red zone.Pavitra gets teary and decides to give it back to Kavita as she quoted she keeps people like her outside her home.

Nikki fights over duty with Rubina

Nikki complaints to Kavita that bed room duty is of Rubina and she is not doing her duty. She adds she heard Rubi saying she will do bedroom duty on alternate day. Rubi asks Kavita to ignore Nikki as she is fetching attention by highlighting she is not doing the duty.