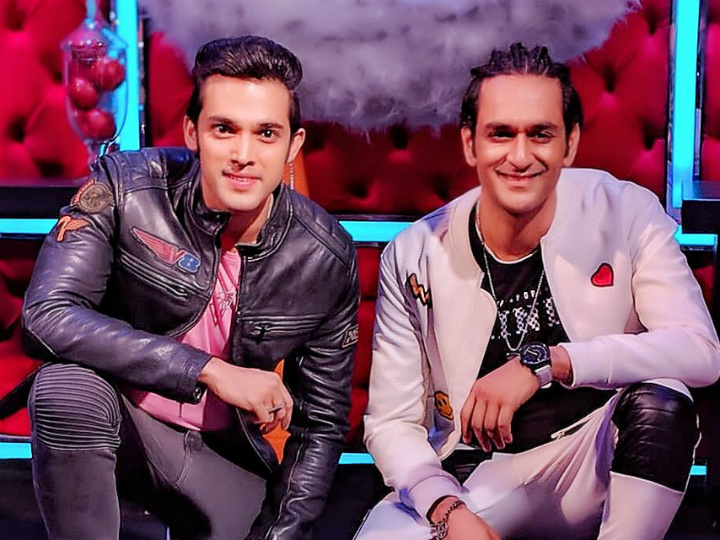 VIKAS RE ENTERS THE HOUSE

Spectators will witness re-entry of Vika s Gupta in the house, After Salman lent him support by slamming other contestants in the Weekend Ka Vaar episode, Vikas will make a startling entry in  the house once again. Not just this, tonight’s episode will also see contestants nominating each other for eviction.

In the latest teaser,we glimpsed how  Vikas’ return makes everyone happy, there is a stroke of ecstasy in the air  and this  stunning entry leaves Arshi completely awestruck.

Then comes the stroke of humour, while Vikas  meets everyone, Arshi tries to make friends with him by asking, ‘Excuse me, do you want tea?’ He tells her in the same tone, ‘No ji.’

The video also showcases  the beginning of the nomination process. This time the contestants name each other out in the open and shoot at them. Abhinav Shukla takes Arshi’s name as he feels she ends up annoying people, and she does the same by calling him undeserving. Rahul Vaidya points a gun at Abhinav and Rubina Dilaik.

Rahul ends up fighting with Abhinav and Rubina. Rahul feels he wants to see if the two would be able to survive if both are nominated. He accuses Rubina of being authoritative with Abhinav. Rubina argues with him but she tells him she won’t change according to people’s perception. Rahul puts his foot down and tells her she’d have to.

In another twist, Aly Goni’s captaincy was taken away by Salman and given to Rubina. When Rubina hesitated to become one, Salman told her she points out drawbacks in everyone’s captaincy but doesn’t want to take the responsibility herself.

It is the season of twisty turns. Make sure you keep are apart of them.