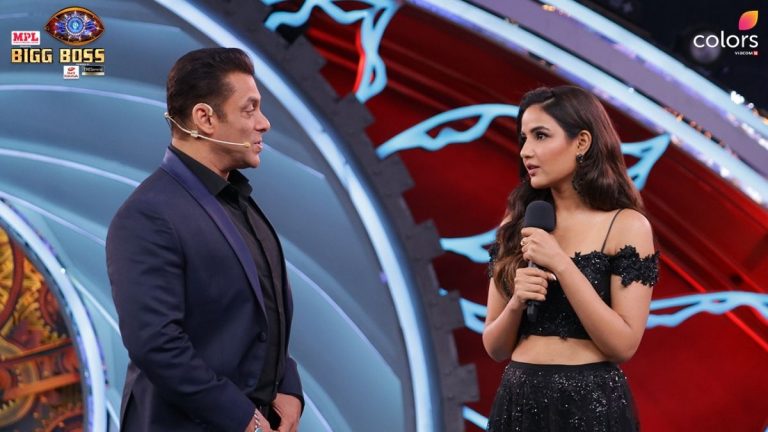 It’s the most-awaited, dhamakedar day of the week when the contestants put on their best in anticipation of what’s in store for them when they virtually come face to face with the master host, Salman Khan.It’s the first Weekend Ka Vaar of Bigg Boss 14, and Salman Khan begins the show at his favorite corner of the house – The BB Theatre! 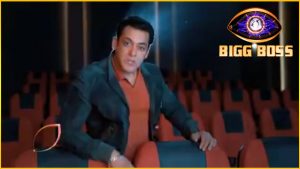 Nikki Tamboli became a freak flag for the week : HEINNNN!!!!!

The ‘Toofani Seniors’ – Sidharth Shukla, Hina Khan and Gauahar Khan – took Nikki Tamboli’s name.Seniors were asked to decide unanimously about which contestant among Nikki and Pavitra will get confirmed. After a lot of discussions, it was Nikki Tamboli who became the first confirmed contestant of Bigg Boss 14 and she got all the powers enjoyed by the seniors. Hina, Sidharth and Gauahar were all praises for standing out in the first week. 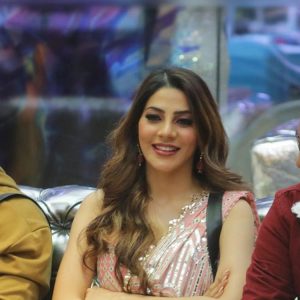 The episode began with Salman watching snippets from Week 1 and the immunity task. Meanwhile, Rubina Dilaik yet again makes the fellow housemates angry after she splashes water on husband Abhinav Shukla on seeing his condition during the task. Abhinav thus gets disqualified.

Nikki Tamboli, who was also competing, chooses to give up and Pavitra Punia takes her place while Sara Gurpal replaces Abhinav. The task continues and Nikki makes a place for herself again after a few rounds. Finally, Nikki and Pavitra are declared winners of the immunity task.

Salman Khan congratulates Nikki and Pavitra for winning the immunity task and warns contestants about elimination.

Salman teases Jasmin saying she had a detergent commercial but they refused after seeing her episode. He gives her a task, to tease her. 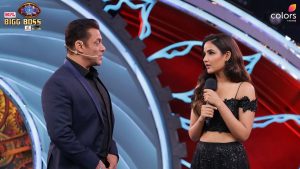 He tells Rubina that she will be able to take a stand for herself. He tells Abhinav to let her combat her personal battles. He says you might be defiant. A clip is proven the place Abhinav asks for a screwdriver. He says why are you taking others task. Sid says Rubina ruined some probabilities when she used to be outdoor. He says everybody felt sorry for Ruby. He says she had probabilities to get extra consideration. He says he felt she cribbed so much. 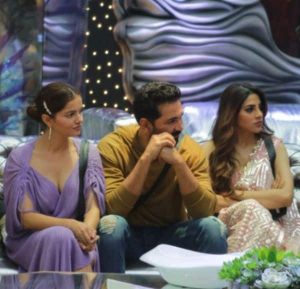 Rubina Dilak was seen telling husband Abhinav Shukla and Sara Gurpal that seniors were supporting Nikki for no rhyme or reason and that was why she was winning all tasks. On the other side, seniors Sidharth Shukla and Hina Khan were also seen discussing Nikki. They told her that she has been doing very well. “Public pagal ho jaegi (The public will go crazy),” Sidharth said.

Salman talks about inhouse audience and names Nishant, Abhinav and Sara for the same and takes a dig at them for not being much active in the house. He then moves to Jaan for being absent in the house.

Salman motivates Eijaz Khan to play his own game

Before announcing the eviction for the week, Salman Khan talks to Eijaz about the dark phase of his life that he was heard talking about to Sidharth Shukla. He also motivates Eijaz to buck up and start playing his own game in the house.