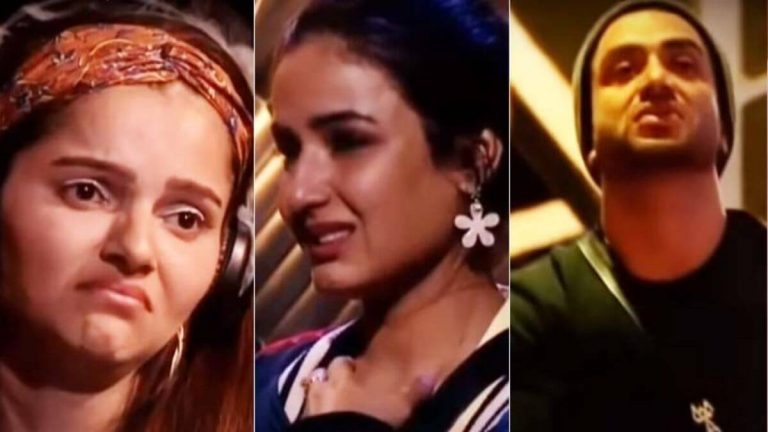 Since the beginning of Bigg Boss season 14, we have noticed a friendship blossom and been highlighted almost every week that is the friendship between Rubina Dilaik and Jasmin Bhasin. At first fans speculated that this was just an alliance for the sake of the show and it in reality would not last very long but we were proven wrong by these women who turned out to be great pals.

The misconception that Rubina and Jasmin would just last a couple of tasks and try to take advantage of each other was clearly wrong as with every task that happened in the past weeks the two remained close and their bond seemed stronger than ever.

Especially in the recent sacrifice task, the way Rubina Dilaik came across as a selfless friend as she did her best to help out Jasmin. She even seemed very open and understanding when Jasmin could not reciprocate her help, she did not hold it against her but rather understood where Jasmin was coming from.

All this indicated that the two were going strong and had a very beautiful friendship. But now everyone is speculating that their friendship has not stayed the same since the entry of Jasmin’s very good friend Aly Goni. It seems that he has been telling Jasmin to live up to her full potential in the game and that this friendship might be a hindrance to achieve that full potential. Maybe Jasmin feels that she already has a very good friend Aly and does she really need to be friends with Rubina anymore.

This has led to tension between Rubina and Jasmin. Rubina’s fans have taken to social media to point out that Jasmin is undermining her any chance she is getting, which is very unlike for Jasmine. But we saw this when she acted that she has a superiority complex and the way she conducted herself.

We also saw that when Salman Khan asked Jasmin who she thinks will go out of the game, she replied by taking her friend Rubina’s name which puzzled everyone. People are questioning the two’s friendship now and if their strong bond has finally cracked. Does Jasmin see Rubina out of the house or is she trying to manifest that?

In the recent episode we saw Jasmin tell Rubina in the kitchen that she complaints a lot which is apparently irritating, Abhinav jokingly joined in too. But in reality, we see Rubina works a lot around the house especially in the kitchen, Rubina handled the situation gracefully and did not make a big deal out of it.

Even during nominations, we saw that in the task, Jasmin decided to save Abhinav which was fine but she could have also mentioned Rubina but that did not happen. We’re noticing that Jasmin is slowly moving away from Rubina maybe because she already has Aly Goni and she feels that he is enough. She’s apparently moving on and moving to a new friend circle.

Social media thinks that Jasmin has moved on from Rubina and is undermining her now. Do you feel this way as well? Comment your thought down below!