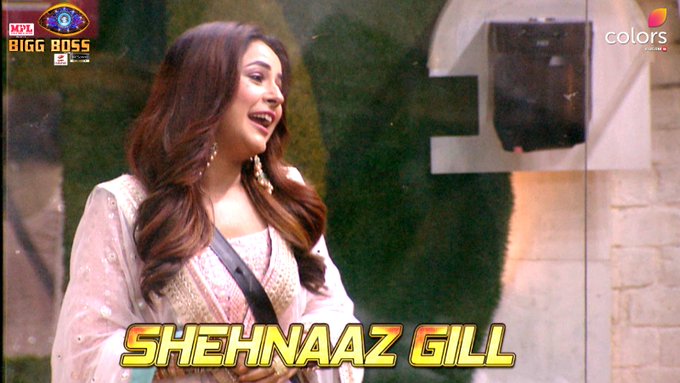 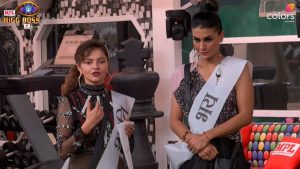 A game begins, where Nikki gives the ‘prem’ sash to Jaan, as others tease the duo. Eijaz gives the ‘hasi’ wali sash to Nikki, later Kavita comes and ‘Karuna’ tag to Eijaz. Abhinav gives the ‘khrodh’ to Rahul, while Pavitra gives the ‘ghin’ sash to Kavita. Jaan gives the ‘shaanti bhang’ tag to Rubina, Rahul gives ‘bhay’ tag to Pavitra, and Shardul gives the ‘veerta’ tag to Kavita. Lastly, Rubina gives the ‘ashcharya’ sash to Pavitra. 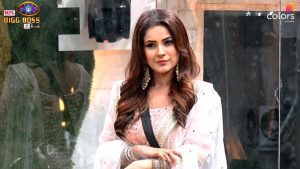 He welcomes Shehnaz Gill. Shehanz shares talk with Salman. She meets contenders. Shehnaz praise Eijaz. She says to Salman she wanted to hug him. Salman gives her the permission. Shehnaz virtually hug Salman and says she loves him in a positive way. Shehnaz test Nikki, Rahul and Jaan. She asks various questions to trio. Eijaz and Pavitra wins. Shehnaz give Pavijaz hastag to both. She further sends Eijaz and Pavitra on a date. Shehnaz bids the adieu. 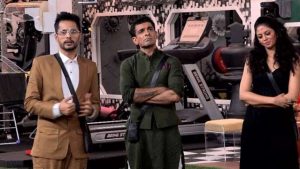 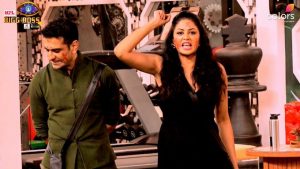 Kavita defends herself and explain why Eijaz is not her friend. She says she only met thrice with him and keeps chanting Eijaz is not her friend. Eijaz says he did a mistake by trusting Kavita. Eijaz and Kavita argues with each other. Shardul speaks up when Kavita quoted because of Eijaz she failed to make any equation with other contenders in the house. Shardul accuse Kavita for sharing Eijaz’s personal talk where he told her that he was going through depression. Eijaz says he is a strong preson. Salman gets upset with Kavita for sharing personal news on National TV. 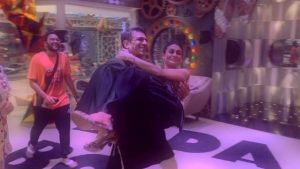