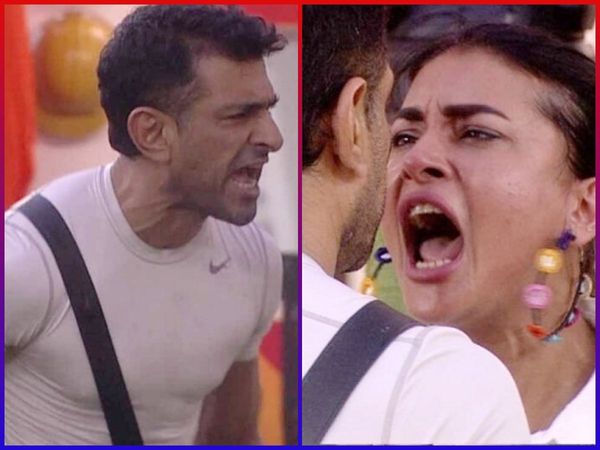 During the recent Weekend Ka Vaar episode, we got to witness Salman Khan standing up for Eijaz Khan’s mistreatment in the house and some of the fans are conflicted about it.

In the episode we saw that Salman was taking Eijaz’s side and calling out the misbehaviour of the other contestants, displaying his disappointment in their actions. It seemed that the whole Weekend Ka Vaar episode was taken up with Eijaz Khan’s issues. Almost half of it was dedicated to him and bashing the contestants that were mean to him.

Salman addressed all the housemates, starting with Pavitra Punia. He called her out for pushing and elbowing Eijaz and even for cursing at him, she defiantly crossed a line. He even spoke to Jaan and disapproved of him spewing abusive words at Eijaz, and told him to show a little respect.

Salman also spoke to Rubina, Abhinav and Jasmin, telling them that they should have known better than to stay quiet. They should have interfered and stopped this misbehaviour and made the others realise that their actions were wrong.

Eijaz was called words like “pagal” and “mental” and no one realised it was incorrect. None of the housemates carried out their duty as a friend. Basically, Salman Khan was seen telling everyone that you cannot treat Eijaz in this disrespectful manner.

But fans are pretty polarized on this issue, they seem to have been divided in two groups. The first group commending Salman Khan’s take on the issue and saying that taking Eijaz Khan’s side was the right thing to do whereas the others think that there was a clear bias towards Eijaz and that Salman was being partial. Fans made the argument that Eijaz had made his fair share of mistakes this week which all go unaddressed.

So, the Bigg Boss fan base stands divided on this issue, what are your thoughts about this situation? Do you think it was the Weekend Ka Vaar episode was biased towards Eijaz Khan or was it appropriate?