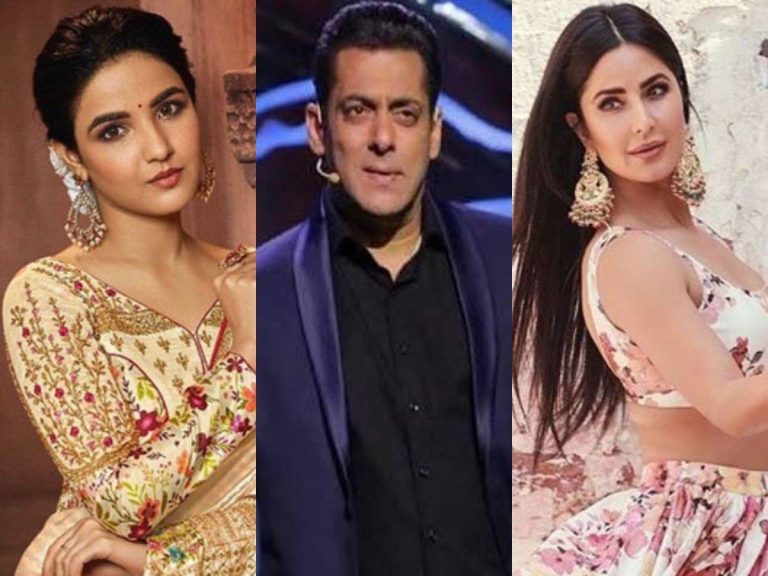 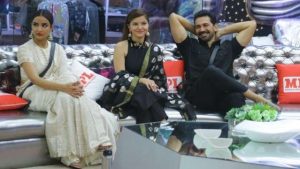 Salman asks Rubina not to frame him for her game. He says he don’t want to pick up the ‘samaan’ topic else it will go long. Abhinav signals him not to start the topic.Inspite of that Salman Khan quotes Rubina has quoted that he don’t know them personally still called her husband ‘samaan’. Rubina defends and says she didn’t said that; Salman replies to her that he can show the clip. He adds Abhinav is here because of his personality not because of her presence. Salman also says he is not here to disrespect anyone because he can’t disappoint his fans because of Rubina and Abhinav. 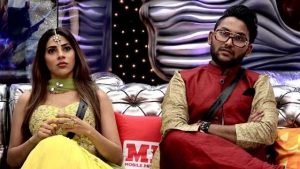 Salman tells Jaan that you had 2-3 hours but you didn’t try to make an alliance with Nikki or Sid. Rubina says I wanted to test him if he would stay on our side or not. He just said that he wouldn’t cheat Jaan. Jaan says this is news to me that Nishant went to Rubina. I was told that Jasmin talked to Nishant. Jasmin says I did talk to him. Rubina says then I had a gut feeling if we should trust him or not but he broke that trust. We supported him in the start of the captaincy but he shared everything with the other team. 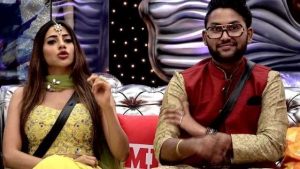 Nikki and Rahul talks about Nishant and says he is double standard person and he don’t deserve captaincy.Nikki decides to play individual. Jaan tries to clear his misunderstanding with Jaan and Nikki but both refuses to listen him. Nikki calls Jaan ‘double standard’. Nikki says Jaan acts like a best friend but he goes behind my back, he doesn’t put me on priority. He can choose Nishant anytime but then don’t call me a friend, you can discuss your point with me. Salman asks Nikki if she is upset? Nikki says I am not scared of anyone but I don’t need friendships. 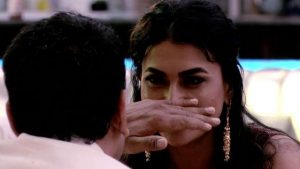 Eijaz-Pavitra: Eijaz looks in Pavitra’s eyes and says I see fear, stubbornness, hunger… Salman says you see romance? Eijaz says I am not looking for it. Salman says you should have praised her eyes also. Eijaz says I did in the morning. Pavitra looks in his eyes and says I see a cute boy in his eyes, he is very mature and very stubborn, respects people and very ill-mannered but very pretty. I see love, hatred, arrogance but very child-like. 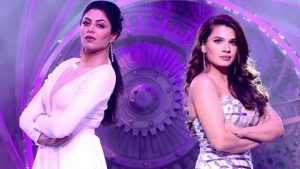 avita Kaushik and Naina Singh come on the stage. They both dance as they are the new wild cards. Shardul Pandit enters the stage as a third wild card. Salman asks what he thinks about Kavita and Naina. He says I know Naina, she also danced in my lap before. Naina is stunned and says you should know what you are saying. Kavita says he is a weird person, he is a joker kind of a guy. Naina says I will answer Shardul in the house only. Shardul says I am ready.Salman asks the inmates who they want to send to the red-zone from the new wild cards? Pavitra and Jasmin take Naina’s name. Eijaz takes Shardul’s name. Salman says now the scene will change.