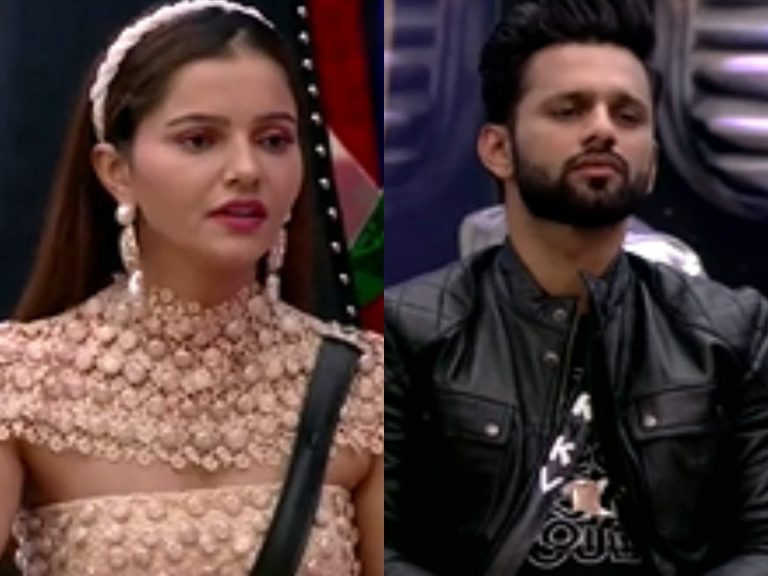 In the recent Bigg Boss episode they featured a segment where the task at hand was to roast the housemates all in good faith and fun. But it seems like some of Rahul Vaidya’s fans have taken to heart what Rubina Dilaik said during the Roast.

Rubina Dilaik during the Roast used an analogy to explain Rahul’s situation which is not sitting right with the fans. She said they way dogs chase behind cars but never get to drive them similarly Rahul chases behind women but never ends up with one. This was all in a space of fun and games like how Roasts usually are, where someone is subjected to good-natured ridicule.

Rahul’s fans are absolutely not happy with this analogy as they think it was disrespectful of her to compare a fellow housemate to a dog. They thought she should have been more mindful of her words as they came of rude and unprofessional.

Even in the past we have noticed that Rahul Vaidya’s fans are very supportive and protective of him. They are up in arms protecting him and taking his side whenever necessary. Especially if it is Rubina Dilaik as the two are fierce competitors and worthy contenders for winning this season of Bigg Boss.

It is no secret that though Rubina is the queen of the BB House currently, Rahul is slowly but surely rising in ranks. Jasmin Bhasin who is another strong contender has been a little off her game so that has given more space for Rahul to grow and to prove himself. But we must keep in mind that this Roast task was designed in a way that housemates poke fun at each other in a light-hearted manner. So, what are your thoughts, should people cut Rubina some slack for this task or do you think she crossed al line and was disrespectful? Let us know in the comments down below.