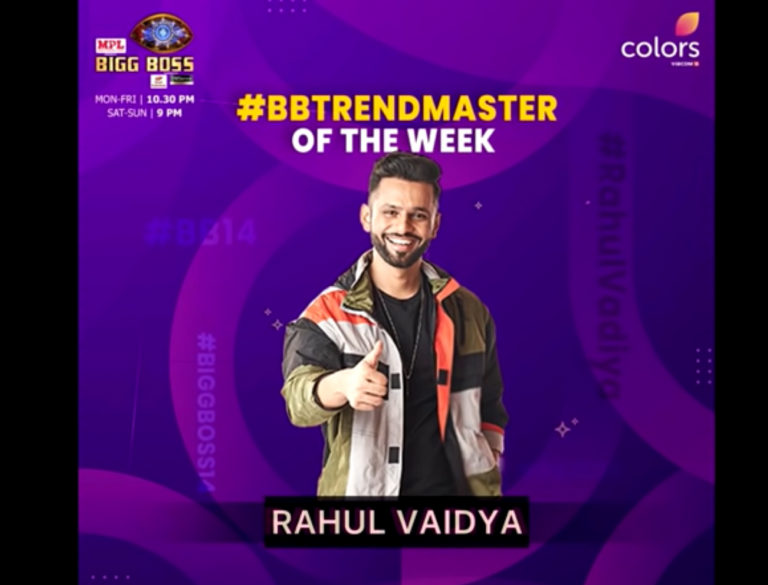 Rahul Vaidya has finally managed to break Rubina Dilaik’s four-week streak and he has earned the title of #BBTRENDMASTER of the week. But this announcement was not received too well, let us dive into what went down.

The Bigg Boss official accounted tweeted that Rahul Vaidya was their new Trend Master but the moment this news got out loyal Rubina fans seemed outraged. Not only were they unsatisfied with the results but also, they were questioning how BB officials managed to announce the title within three days. They usually announce the #BBTRENDMASTER of the week on Wednesdays but this time they gave out the results on Sunday itself. This seems to be upsetting a lot of Rubina Dilaik’s fans who do not agree with the results.

The fans were being persistent with the backlash, with some even saying they should take the post down. There was a lot of drama and chaos happening. But to everyone’s surprise Bigg Boss after a while went ahead and deleted the tweet.

After the tweet was taken down, Rubina’s fans started to rejoice believing that they were the ones who voiced their opinions and made his happen. A lot of people were appreciating the power the fans possess to have the officials delete the post. This turned out too be a misled early victory.

The official Bigg Boss account after a couple of hours again put up a post saying that Rahul Vaidya was named #BBTRENDMASTER of the week. It turns out it was all a misunderstanding on the part of the fans as the original post had a spelling error where they misspelt Rahul Vaidya’s name but they rectified it and reposted it.

Rahul Vaidya’s fans are very happy with the results, we have seen his fans being very supportive and loving especially recently so a big congratulations to Rahul and his fans. But Rubina’s fans are upset that her streak has been broken. What are your thoughts on this, do you think Rahul was worthy of the title or should Rubina have retained it? Let is know down in the comments!