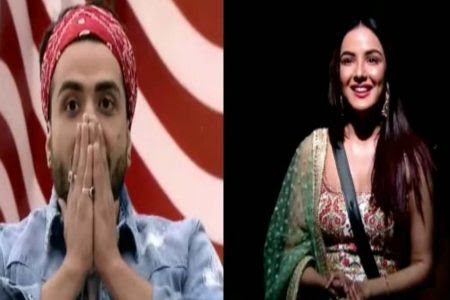 In the promo video, Aly Goni’s connection Jasmin Bhasin gets emotional after coming back in Bigg Boss 14 house, as a connection and not as a contender. Jasmin says to Aly, “I miss you a lot! I love you!” Then Aly shouts back, “I love you!!!”

Later, we see Jyotika tell Rubin that if Rakhi Sawant does something wrong, he is getting involved and turns out to be a negative person. House. On the other hand, Jasmin says to Rahul, “When I went out of the house and judged everything, I regretted a lot that I didn’t make you my priority.” Rahul the gets emotional.

Aly and Jasmin are also seen talking to each other. Aly tells her Rubina helped him a lot but then Jasmin reminds him, “Do not look like somebody’s sidekick.” Aly gets upset and says, “It is not that Jasmin!” She retorts, “Why not give her the trophy as well?”

On the other side, Rubina Dilaik’s sister-cum-connection Jyotika Dilaik is seen convincing her to ignore those who are targeting Rubina in everything. She later told Rubina, “She was furious that everyone was paying attention to Rubina. But you should have understood that, she may not, but you can be more patient.