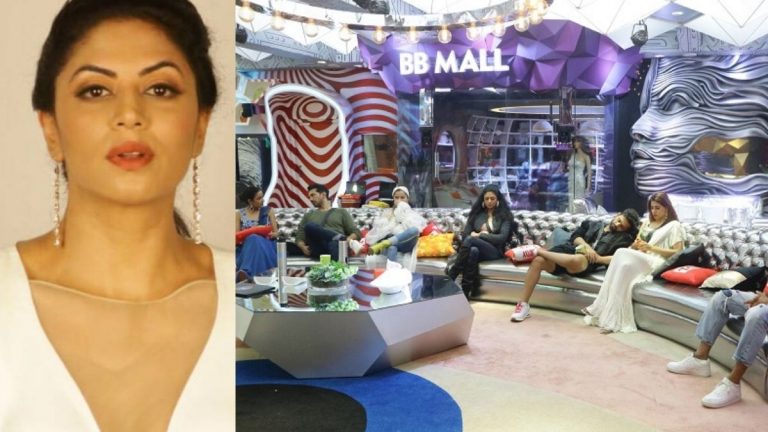 The contestants in the morning were surprised to see a whole new set up outside, it looked as if the Bigg Boss House had been transformed into a village setting.

The Bigg Boss garden area had been set up with cots, bails of hay and over all had a rural aesthetic. Noticeably there was a small fence diving the garden turned village into two. This indicates that the housemates will be divided into teams. Both the sides were made to look identical with the village props and décor.

The live stream shows that Team one will consist of Rubina Dilaik, Pavitra Punia, Eijaz Khan and Abhinav Shukla and team two will have Aly Goni, Jasmin Bhasin, Rahul Vaidya and Nikki Timboli. The live feed showed the two teams hang out with their respective team mates and discuss something and they are probably coming up with plans. Speculatively this could be a captaincy or immunity task but let us wait and watch.

In this Panchayat Task it seems that Kavita Kaushik who is the captain of the Bigg Boss house this week will play the role of Sarpanch. The clarity on what the task will actually entail, only time will tell. We need to wait for the episode to air to know more details about this Panchayat task.

Till then do let me know your guesses about what this task will entail and which team will you root for, Team A or team B? Drop a comment down below telling me your thoughts about this Panchayat task.