Bigg Boss 14 : Housemates Break Down When Told Of Seniors’ Exit 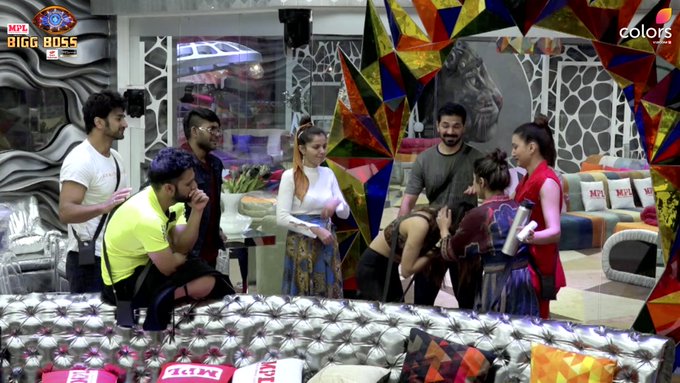 ‘Bigg Boss 14’ house ended on a not so good note. With ‘Toofani Seniors’ Hina Khan, Gauahar Khana, and Sidharth Shukla at loggerheads over a task ‘Game Over’, no decision could be arrived at as to who won the said task. After the seniors failed to reach a conclusion on who won the task, Bigg Boss announced that Siddharth’s team lost the game and will leave the house. Because Nikki Tamboli was earlier announced as a permanent member, except her, Sidharth, Pavitra Punia, Shehzad Deol and Eijaz Khan were asked to leave the house. 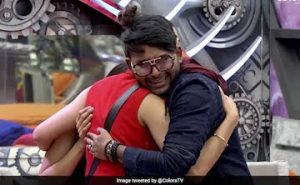 After some time, Bigg Boss gave another shock to the housemates. The other two seniors – Hina and Gauahar Khan – were asked to exit the house. The housemates broke down in tears and bid farewell to the seniors. 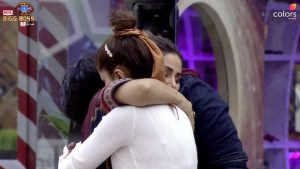 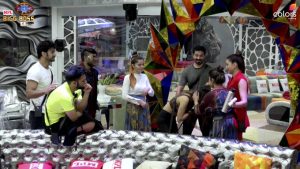 A sudden wave of emotions takes over the house as the contestants break into tears when it is time to bid goodbye to the losing team. 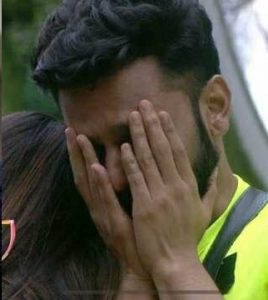 The ones who are otherwise always at loggerheads for some reason or the other, are united in the name of love and humanity, and tears rolled down each one’s faces when the evicted team says good-bye. Nikki, Rahul, Jasmin, Jaan all get teary-eyed as the unfathomable moment unfolds. 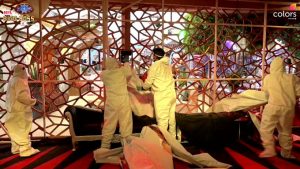 In an unexpected turn of events, Pavitra Punia and Eijaz Khan returned to the house sporting PPE kits. However, they were asked to stay in a separate zone, away from other housemates. Later, Bigg Boss announced that Pavitra and Eijaz will stay in ‘red zone’ for the next few days but they will get to visit other contestants in the ‘green zone’ occasionally. It was also announced that the contestant in the ‘red zone’ will always face the risk of elimination.

Rahul Vaidya read the new rules of the house. Now that the seniors were gone, the contestants were told about the captaincy task – ‘Jaan Bachi To Laakho Paaye’ – through which the first captain of the house will be elected. 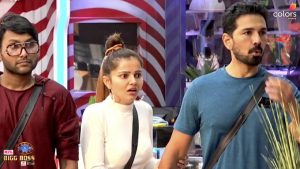 After the task started, sanchalak (moderators) Eijaz Khan and Pavitra Punia got into an ugly fight.