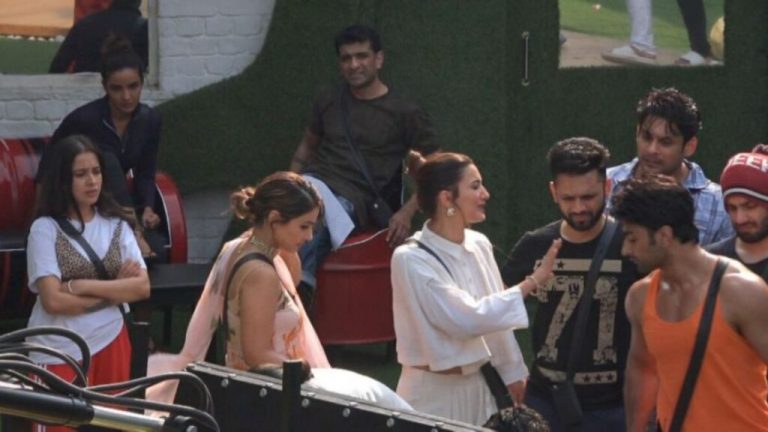 In last night’s episode Gauahar Khan, who is the Toofani senior of the Bigg Boss season 14 stands up for Abhinav Shukla after Nishant Malkani tries to cross a line and spray his face with deo/pain relief spray. 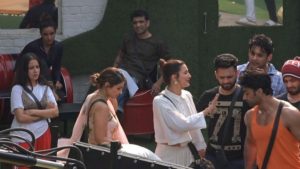 In order to gain Abhinav’s immunity Nishant Malkani sprays him with deo. when Gauahar Khan tries to get him to stop, Sidharth tells the house senior to not intervene. Gauahar pleas on humanitarian ground saying it is not right. This does not deter Nishant who keeps spraying and eventually Bigg Boss announces nothing should be sprayed on the face, to which Gauahar Khan responds “Humanity wins!”.

Ultimately everything from shaving cream and deo to chilli powder was all over the immunity holding duo, Abhinav and Nikki. Seeing this Abhinav’s wife Rubina who is a fellow housemate got very upset. At one-point Nishant tried to use Harpic but was stopped by the other housemates. After this endurance test Nikki gave up but Abhinav emerged successful. Pavitra took Nikki’s place. 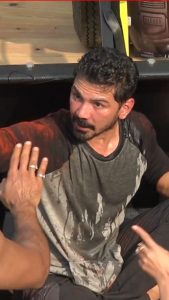 This episode made it clear that the competition is cut throat. Tough Abhinav did not give up this endurance tests, looking at Nishat’s determination about gaining immunity it is only a matter of time before he cracks.

Apart from this, fresher contestant Rubina finally entered the Bigg Boss house by giving up her chance at the immunity task. She is already getting into conflicts with the Toofani seniors and its clear she’s not in their good books. Sidharth and Hina get into a tiff when he playfully hits her. Hina becomes dead set to hit him back at any cost.