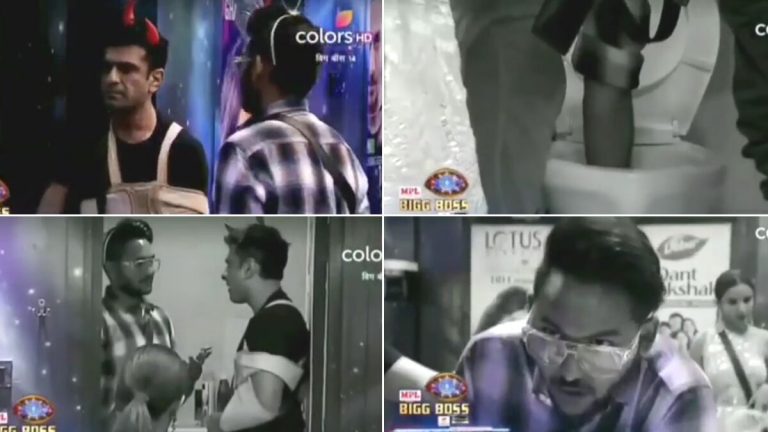 Shardul Pandit and Naina Singh get into an argument over duties inside the red zone. Naina feels that neither Shardul and Rahul doesn’t help her in cooking. While Shardul defends himself, Pavitra comes out in Naina’s defence. Naina says to Pavitra, Shardul don’t help in doing any work. She says because of Rubi’s fast she didn’t let her cook and doing work herself. Shardul or Rahul none come to help her. Heated argument happens between Shardul and Naina over performing duty.However, the argument intensifies.

Jasmin reads the rule about ‘Luxury Budget’ task. Abhinav, Pavitra, Jaan and Rubina turns ANGEL’S while Aly, Eijaz and Nikki turns ‘Devil’ for the task. Devil team is asked to irk ‘Angel’ team to turn them DEVIL. Jasmin becomes the dictator of the task.

Eijaz khan went below the line

Nikki lashes out at Rubina and asks her to tear his favourite teddy. While Rubina is doing the task, Eijaz and Aly are of the opinion that she is breaking the rule by not abiding by it. Team shaitaan is leaving no stone unturned to make team farishtey break the rules. While Nikki asks Rubina to spill the chutney on him, she has been playing it smart. Next, Niki feeds something to Abhi and Rubi. Rubina acts crazy. She pours water all over. Jasmin don’t interrupt.