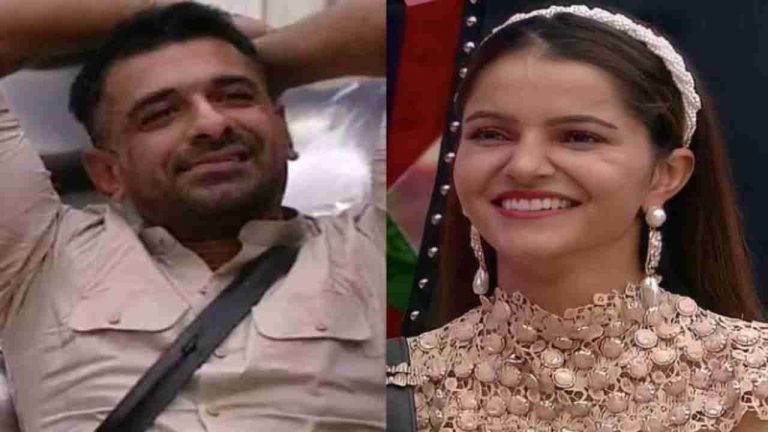 In the recent Bigg Boss live stream we saw that Bigg Boss had set up a task where the other housemates could take away Rubina Dilaik’s immunity stone.

The BB promo also gave us a glimpse at this task called the Dark Secret Task. By the sound of it seems pretty self-explanatory, in the promo we saw the housemates revealing their deepest and darkest secrets so that they have a shot at winning the immunity stone.

The live feed indicated that whoever’s darkest secret is the most intense and moving will be awarded the immunity stone from Rubina, the footage showed all the contestants gathering in the living room and sitting on the couch and the rules of the task being explained to them.

The audio was muted in the live stream so as to avoid spoilers but it seemed like the housemates were opening up and divulging into their secrets. But by the end it seemed like the stone was given to Eijaz Khan. Everyone was applauding for him indicating that there’s a high chance that he ended up with the stone.

If these reports are true then the coming week is going to get very intense as the competition in the Bigg Boss house has been raised up a notch. Eijaz Khan has proved to be a very strong contender and now that Rubina does not have her immunity stone it has made her much more vulnerable. If Eijaz has actually taken possession of the immunity stone then he truly is a major threat to the others.

What are your thoughts on Eijaz getting the immunity stone? Comment down below and let us know.