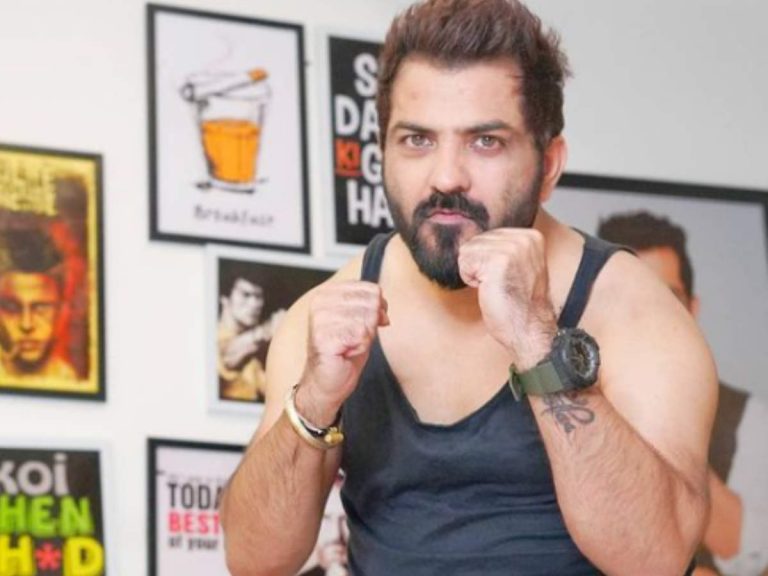 The new Bigg Boss promo gives us a glimpse of the new Challengers that are entering the show.

The promo shows all the Challengers on the stage and are speaking to the Top 4 contestants of the Bigg Boss house. But it seemed like Manu Panjabi and Jasmin Bhasin have already gotten off on the wrong foot. Manu seems to be targeting Jasmin.

Manu basically was telling Jasmin that she has two sides to her character, during the Weekend Ka Vaar, she apparently plays innocent to try and get away with stuff and stay under the radar. While during the week she has completely different traits, he accused Jasmin of using bad words during the show.

Jasmin was quick to defend herself saying that what Manu said was false and that she does not use bad words during the show at all. Manu to refresh Jasmin’s memory says she ahs used words like “ghatiya” and “khokla”, to which Jasmin said that she did not consider those words to be abusive or harmful.

Manu Punjabi was clearly trying to target Jasmin as he also tried to twist things and say Jasmin was trying to play games with him already. It seems like Manu has already made up his mind that he will be going after Jasmin and challenging her.

It seems like the role of the BB Challengers is to push the housemates and test their limits. Jasmin has been a very strong contender since the very beginning, with a very loyal fan base. But as we have seen she thrives on support. Aly Goni played a major role in her success, after his departure Rahul Vaidya and her became allies and now she is back to being friends with Rubina. Will she have enough support from within the BB House to face the Challengers and stand up for herself?