BIGG BOSS 14: Aly Goni under fire by fans because of his rude conduct 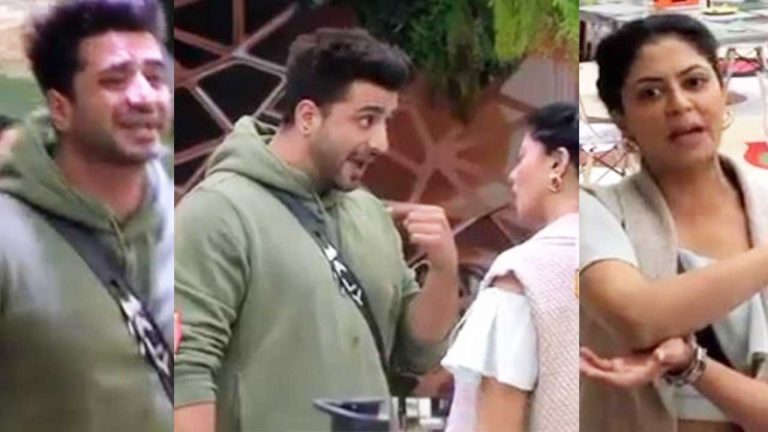 In the recent Bigg Boss episode promo we got a glimpse of everything that went down in the house and we saw that Aly Goni was acting quite aggressive and acted out quite violently. So, fans are left wondering if his actions have a concrete reasoning or was it a bad decision made in the spur of the moment.

In the promo we saw Aly got quite worked up and knocked over a large box, which then injured Kavita Kaushik. After this incident Kavita was in tears. So finally, there have erupted a few rumours saying that Bigg Boss has taken an executive decision to nominate Aly Goni in the upcoming evictions.

But it seems that fans are absolutely enraged by Aly’s unprofessional behaviour, there has been unrest on social media regarding this. They absolutely condemn his behaviour and are telling Bigg Boss to take stricter actions so that such inappropriate behaviour can be kept at bay. There is no space for such actions and mistakes in the Bigg Boss House.

Some are saying just nominating Aly Goni is not enough but rather his behaviour calls for more extreme actions like evicting him. But we are yet to see the whole episode so making premature assumptions on the basis of half-baked knowledge can prove to be dangerous at times, let us wait and see if his aggressive behaviour had a concrete basis or was it just due to a short temper. That being said, it is never okay to let your emotions get the better of you and one cannot get violent in such settings as we saw Kavita Kaushik ended up getting hurt.

What are your thoughts on this whole situation? Do you think the nomination Aly Goni received is warranted or something more radical should be done? Please let me know in the comments below!