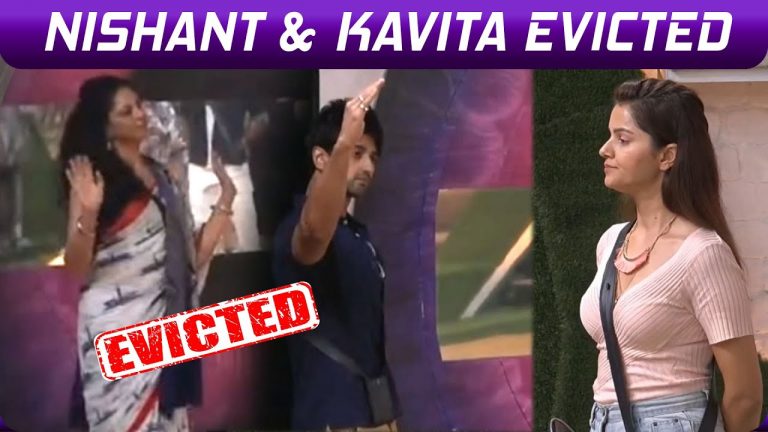 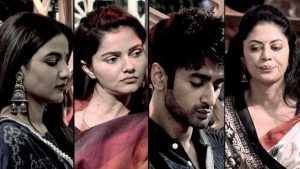 Bigg Boss announces about eviction. He says green zone contenders have to decide who amid Rubina, Jasmin, Nishant and Kavita deserves to be at the house. He further says if their decision matches with the audience decision than only one participant will be eliminated else there will be double eviction.Bigg Boss tells as per the inmates vote Nishant is evicted.Bigg Boss says now it is a time to see audience vote. He asks Eijaz to open briefcase. Eijaz read out Kavita’s name. Kavita meets everyone and bids adieu and walks out without meeting Eijaz. Bigg Boss asks Rubina and Jasmin to shift to green zone. 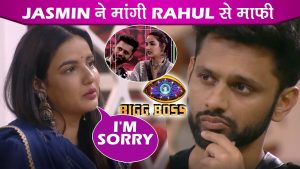 Jasmin speaks to Rahul and apologises for her over the top reaction during the task. She explains that maybe she perceived the situation differently but also mentioned that Rahul’s complete ignorance to her situation was hurtful. Rahul apologises to her and the two mend their differences. 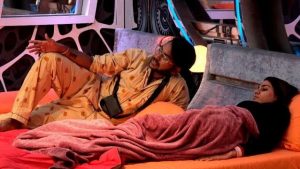 Naina drink green tea. Pavitra gets hyper learning that Nikki used luxury item. Jaan says he don’t know when Naina took green tea from luxury item. Nikki gets angry on Jaan for lying. Naina and Nikki argue with each other over green tea. Eijaz asks Naina and Nikki not to argue now.Naina tells to Shardul that Nikki is making content of green tea. Later, Eijaz decides to take an action against Naina for using luxury budget before he will get accused by Bigg Boss. 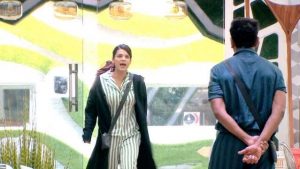 aina refuses to cook breakfast because of her fight with Eijaz. Later, Pavitra, Abhinav and Nikki tell eijaz to ensure breakfast is made and this leads to a huge argument yet again. Eijaz later sits down with Jaan and Naina and discuss this. As part of punishment, all luxury items are confiscated from Jaan and Naina’s cigarette box if given to Jaan. This move irks Naina and she ends up exploding in front of Eijaz. 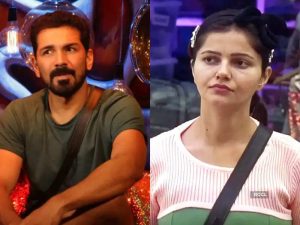 Abhi and Rubina shares a talk with each other. Abhi tells to Rubina all have ganged up here. He says Eijaz, Nikki, Pavitra are on one side. Abhi says Eijaz is applying because Kavita shifted him to green zone, he voted her to go to red zone and now he is upset post she left.