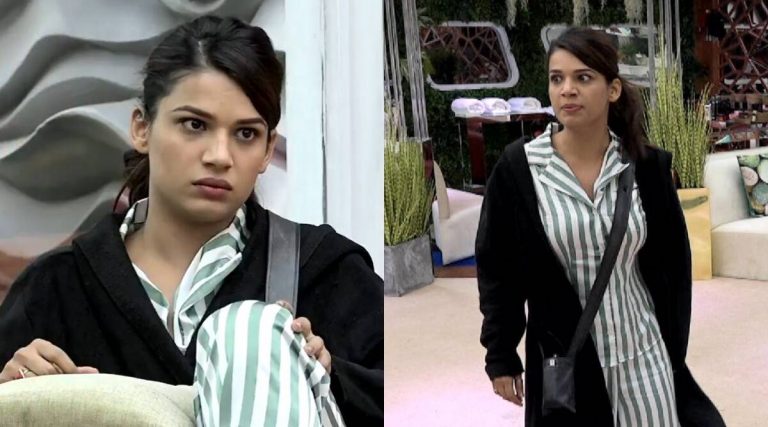 Naina Singh was one of the wild card entries in Bigg Boss 14 but she was unfortunately evicted in the end of week 5. After leaving the Bigg Boss House she had expressed her anger towards Eijaz Khan and now we see her complimenting one of the other contestants calling them the potential winner.

Naina Singh was vocal about her annoyance with fellow housemate Eijaz Khan, she thought he had no right to judge her. His remarks on Naina’s vanity did not sit well with her and she was not happy that he said all she cares about is her makeup and her dresses. She told people that even she has some issues she has struggled with. She also went on to say that Eijaz has no personality, no wit and no compassion.

But now we see her complimenting one of her former housemates, Rubina Dilaik. She went on to say that people assume that Rubina is always scheming something or is trying to lead and influence people but the reality is different.

Naina said that Rubina is very clear with her perspective and tries to put her points across properly. Naina is fond of her straightforwardness, she always admired this quality. She also added that the way Rubina is honest and makes her points known loud and clear will help her stay in the show for a long time.

Naina Singh also stated that she thinks Rubina Dilaik could be the potential Bigg Boss 14 winner. Naina showed a lot of faith in her and complimented her gameplay and thinks Rubina is here to stay. A lot of people agree with this opinion of hers, whether she wins or not a lot of fans are rooting for Rubina to at least reach the finals.

What are your thoughts? Do you think Rubina Dilaik has got it in her to be the next person to hold the Bigg Boss trophy?