BIGG BOSS 14: Abhinav blocking the door for all, Rubina joins him 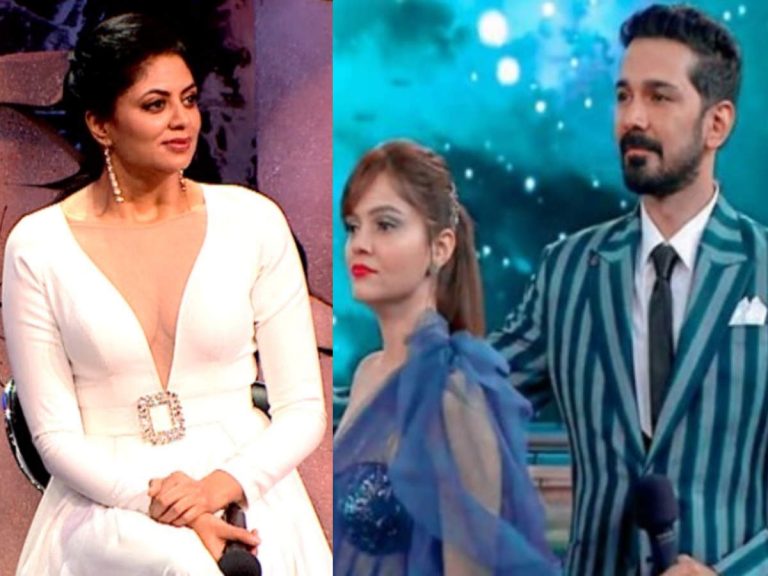 Unrest prevails in the Bigg Boss House as Abhinav Shukla and Rubina Dilaik are determined to create obstacles for Kavita Kaushik as a captain.

It seems like some housemates have made up their mind against the current captaincy of Kavita Kaushik. They are headstrong about seeing that Kavita is not successful by disregarding orders and disrespecting rules.

The live stream shows us that early in the morning Abhinav had set camp in front of the bedroom gates. This was to protest Kavita’s captaincy. It seemed like Nikki Tamboli was trying to get out of their but was blocked by him. Nikki was doing her best to get past him but Abhinav was persistent with his protest. She tried to use all her strength but no amount of pushing or pulling seemed affect Abhinav.

Setting up camp at the gates has become a new form of protest and it’s creating nuisance for the whole Bigg Boss House. It is seen that Rubina Dilaik also joins her husband at the gates and sits beside him in support. Nikki Tamboli was visibly fuming and trying to reason with them to no avail. Nikki was fighting with the couple, there was a lot of screaming and shouting but they stayed headstrong. Jasmin Bhasin is also seen approach this whole situation.

Kavita Kaushik on the other hand seemed irritated by this mess as she thought it was too early in the morning to have so much drama happening in the BB House. This just goes to show that this fight will probably snowball into something much bigger eventually. Kavita is being targeted openly and Nikki, who has become Kavita’s number two is being targeted too as she is perceived to be an easy target.

What are your thoughts on this whole situation? Please do let us know in the comments down below. Do you support the protest set up by Abhinav or are you in favour of Kavita’s captaincy?