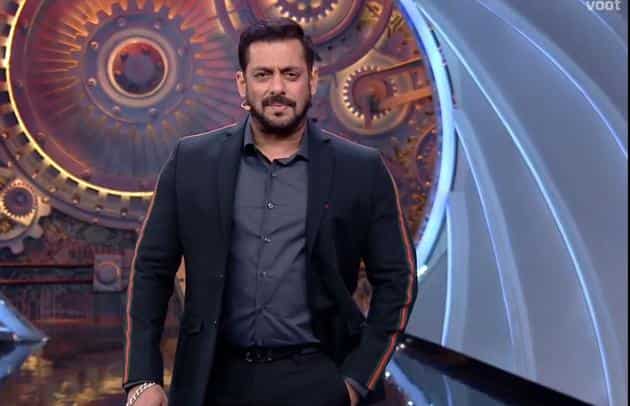 The first jodi to perform is Pavitra and Eijaz and they give a sizzling performance on ‘Allah Duhai’. Remo loved Eijaz’s performance and lauded Pavitra as well. They got 15 points from the choreographers.

Both perform on ‘love life’ song. Remo give 3, Salman 3, Shakti 5 and Puneet gives 5 stars to Aly and Jasmin.

Next, come Rubina and Abhinav. Rubinav dance on ‘Biwi No1’ song. In the course of the number, Abhinav Shukla will softly kiss Rubina Dilaik on the lips.  Remo gives 5, Salman 4.5, Shakti 5 and Puneet gives 4 stars.

Next, come Jaan and Nikki. Both dance on ‘Kyn Aage Peeche Dolte Ho’ song. Remo gives 3, Salman 2 , Shakti 5 and Puneet gives 3 stars to them.Ahead, Rahul performs a dance. He performs on ‘I am the best song’. Remo give 4, Salman 4, Puneet 4 give and Shakti gives 5 stars.

Kamya Punjabi, known for being uncomplicated asked Kavita for the reason she was seen as extremely negative outside to which she told that the anger took her over while Arti indirectly called her a hypocrite for calling out Pavitra Punia for being so noisy while she herself speaks in a higher tone. Surbhi will question how does she feel about getting evicted despite being a famous personality whereas, Vindu Dara will call out Kavita for putting up a pretense in the house.