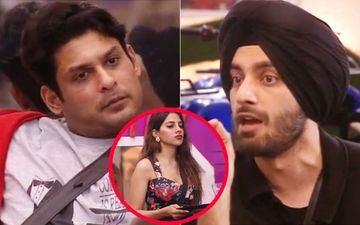 Day 5 in the Bigg Boss 14 house was another episode of drama, bickering and arguments.
7:15 PM : The female contestants fought for immunity in this task and Siddharth Shukla declared Nikki Tamboli as the winner – she earned immunity and is safe from this week’s elimination. 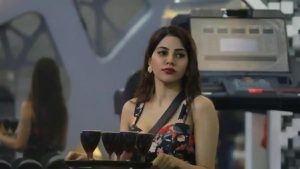 9:15 PM : Sid tells Shahzad that you said I talked badly with girls in the last season but what did you do? Why did you throw girl’s glass, you have shouted at Nikki a lot.Hina interrupts and says Shehzad only ruined the task but he didn’t disrespect anyone. Sid gets angry at Shehzad’s behavior.He told me that I was wrong in my season but he has been here for 3 days only.Rahul asks Sid what one should do when a girl disrespects a boy. Sid explains to Rahul he is not here to judge him but was keeping his point. 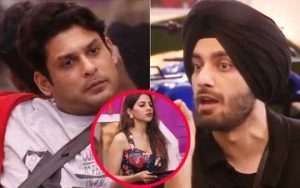 10:30 PM : Rubina, Abhi and Nishant discuss and Rubi concludes that Sid has an attachment with Nikki thus keeps taking her side.Rubina says Shahzad destroyed Nikki’s game so Sid got angry? Would Sid have been angry if Shahzad had done that with Jasmin or Pavitra? 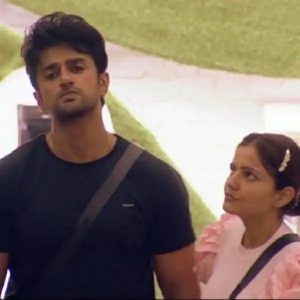 Day 5; at 8 AM : Eijaz and Rubina are in the kitchen. Rubina says you can’t sleep. Eijaz tells Rubina that they don’t think we are humans. He makes tea for them both. In the meantime, housemates wake up on the beat of ‘chokra jawan’ song.

9 AM : Pavitra asks Eijaz to show his true colors. She says he is very silent and now he should come out from his comfort zone.

12 PM : Hina asks to tell about 7 stuffs quietly today. Nikki, Nishant, Jaan, Shehzad and others discuss on fetching stuff. Nikki says she don’t want anything. Hina and others claps for her.

12:45 PM : Eijaz says to the camera that I feel like my niceness is being misused. People think a man is always negative. I think women are greater than us, we should respect them. Maybe I crossed my limit. I try to do more than required and people misunderstand. 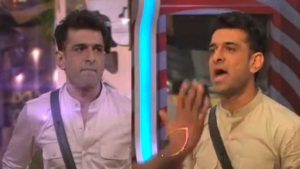 1:30 PM : Jasmin and Rubina says their skin is getting rough. Jasmin cries and says Bigg Boss is not doing fair by not allowing them to use products. Rubina asks Jasmin to think about her she is begging and bearing so much to give little comfort but no response. Gauhar comes and says this is the game. Rubina says Bigg Boss is breaking their spirit.

2:45 PM : Sid, Hina and Gauhar discuss about present contestants.Sid says all are playing quietly.Rubina should have thought I am in a different situation. Gauhar says and you’re in a competition. I was only listening. Sid says I was also laughing. They don’t understand the show.

6 PM : Pavitra tells Nikki that I asked you to tell Rahul to clean the washroom.Nikki says,she forgot to tell her that.