Bigg Boss 14 Grand Finale : How Much Cash Prize Will The Winner Take Home? 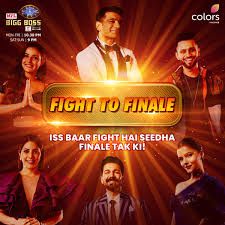 Bigg Boss 14 grand finale is just around the corner and fans are all excited to know who will take the trophy home. Salman Khan will be sharing the stage with the top two finalists and will raise the hand of the winner – a moment for which everyone is waiting for. Now, as per the latest reports, an eviction might take place in tonight’s Weekend Ka Vaar episode. If that happens, we will be left with the top four finalists. However, an unexpected eviction might take place today.And everyone is eager for it.

Bigg Boss prize money from the last several seasons has been Rs 50 lakh. However, there is no official confirmation of how much the winner will take home. However, Rakhi Sawant has already used Rs 14 lakh from the prize money to enter the grand finale. Given that scenario, the prize money might have been reduced to Rs 36 lakh now.

Contestants Rubina Dilaik and Rahul Vaidya are the strongest contenders to win the show. As per the voting trends and our poll, Rubina might emerge the winner of the show followed up by Rahul Vaidya as the first runner-up and Aly Goni as the second runner-up. As of now, Rakhi Sawant and Nikki Tamboli are in the danger zone and one of them might even be evicted tonight.

Bigg Boss 14 grand finale will be telecast live on Sunday, February 21 on Colors TV at 9 pm. It can also be watched live online on the Voot App, Colors App, and MX player. All you need to do is subscribe to the app as a premium subscriber.