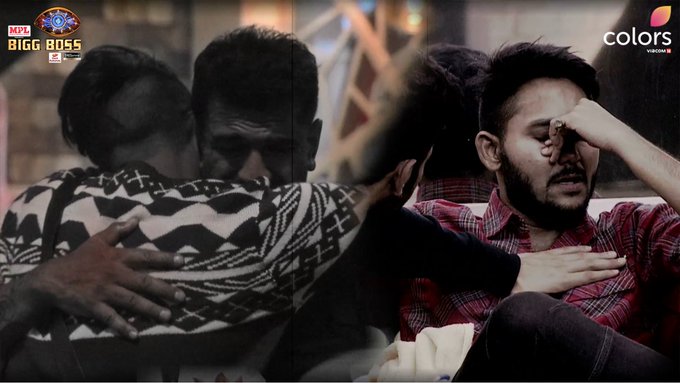 Nikki and Jaan gets into a fight

Nikki Tamboli and Jaan get into a tiff and pass comments on each other. He accuses her of throwing tissues into a bucket without a polythene bag. He also threatens to put them on her bed but is intervened by Jasmin. Eijaz says Jaan don’t have self-respect as, he keeps going to Nikki every time.

Only the previous captains are given the opportunity to fight for the same. The other housemates will be either supporting or opposing the candidates. The one who remains the most inside the box will be the captain of the house. Eijaz is asked to choose a substitute for him as per the recommendations of the doctor. He pleads for doing the task himself but is denied.Eijaz choose Pavitra as his representative.Jasmin, Pavitra, Aly and Kavita go inside the box. Rahul says none will mess the task else he will evict straight away.

Rubina and Abhinav discuss the task. Abhi asks Rubi to go and talk with Jasmin about who she will save. Abhinav asks Rubina why she revealed to Jasmin that Pavitra committed her that she might have saved her. Rubina explains to Abhi. Abhi asks Rubina to play individually. He says she messed by revealing the task strategy to Jasmin.

Heated argument between Jaan and Eijaz

Pavitra accuse Jaan and says Jaan is yet again influenced by Aly. Jaan defends himself.Jaan discloses that for Eijaz he was preference but he ditched. Rahul asks Jaan why he didn’t told him that Eijaz was about to save him. He says for Jasmin, Rubina is priority thus, he will not save her. Jaan loses his call on Eijaz. Jaan feels disgust as he is not anyone’s first priority.Pavitra says to Jaan he was the preference but Eijaz refuses that Pavitra said something.