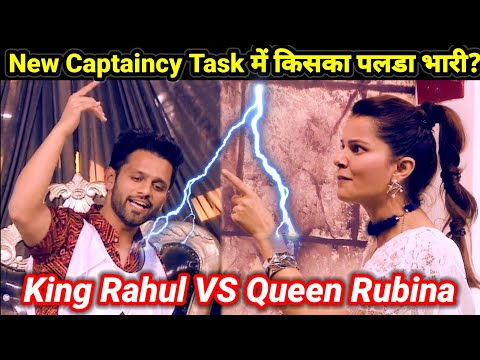 Quarrel between Jasmin and Kavita

Jasmin and Kavita get into an argument where they exchange bitter words.. Aly Goni later joined the fight as he took Jasmin’s side. Kavita and Aly made remarks on each other’s shows. After Jasmin and Aly, Kavita got into a heated argument with Eijaz Khan. The duo have been trending on social media because of their sour relation since Kavita’s first day in the house.

Squabble between Eijaz and Kavita

The argument then shifts from them to Eijaz and Kavita where it turns ugly. Aly and Abhinav stop the duo and especially Kavita who gets furious. Kavita tells Abhinav and Nikki that she is not allowed to keep her side and even Salman Khan dosn’t seem interested in her explanations and rather just supports Eijaz in everything. Eijaz is later seen discussing this with Nikki. Bigg Boss makes it clear that Kavita’s intention behind pushing Eijaz was only to maintain a distance and not to hurt him. But to set an example, Aly is given the option to warn one of the contestants or remove them from the task.

The task begins. The housemates are all seen planning and plotting with each other about the upcoming task. Alliances are formed and even Rubina as the Queen and Rahul as the King start to reach out to housemates and promise them that they will pay them handsomely for the hearts that they stick. The task soon takes a terrifying turn as housemates are seen tearing down hearts from the walls. Aly, Eijaz, and Kavita are at the forefront of all the action.

Intense fight between Rubina and Rahul

It seems it’s everything for money in the task.Eventually, Queen Rubina and King Rahul end up having a huge clash. Rubina loses her cool when Rahul blames her for supporting Abhinav and not playing the game on her own. Rahul thinks Abhinav is a ‘nalla’ admi.He says that Abhinav always acts as her advocate and taunts Rubina, who in turn asks him to not talk about her husband and not joke about him.